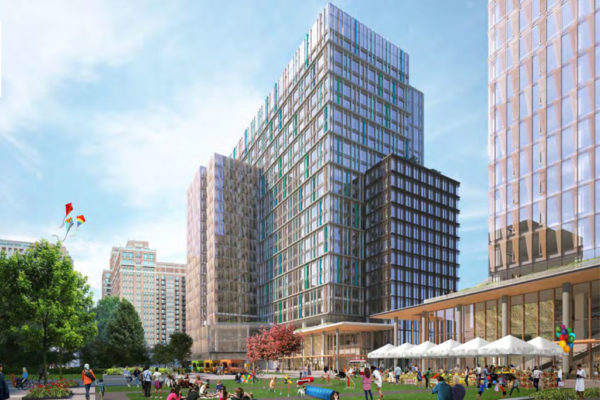 Amazon is on track to meet its hiring goals for 2019, according to a spokesperson.

This spring, the tech and retail giant said it would hire 400 people for its new headquarters in Arlington by the end of the year, and that remains the company’s target. A spokesperson told ARLnow this week that Amazon had hired a “small handful” of people since starting the process in April, but declined to share exactly how many.

The spokesperson did point to Amazon’s public HQ2 job listings, which currently number around 50.

“We plan to hire people who live here to reduce the impact on the region,” said the spokesperson. “We will continue to share our growth plans with the County so they can work to ensure inclusive growth within the community.”

So far employees have been hired for roles working with Amazon’s consumer teams, its Amazon Web Services cloud platform, and its Alexa virtual assistant.

County officials previously said Amazon’s hiring process is designed to not overwhelm the county with its eventual goal of ushering 25,000 employees into offices in Crystal City and Pentagon City.

“This is not going to feel like a tsunami of new people on our streets or kids in our schools,” Board member Katie Cristol said at the time.

“Access to housing is a concern in communities throughout the U.S., including Arlington,” said the spokesperson, alluding to the county’s struggle with affordable housing. “One of the things that drew us to this location was the plans the County and the Commonwealth have in place to address this issue.”