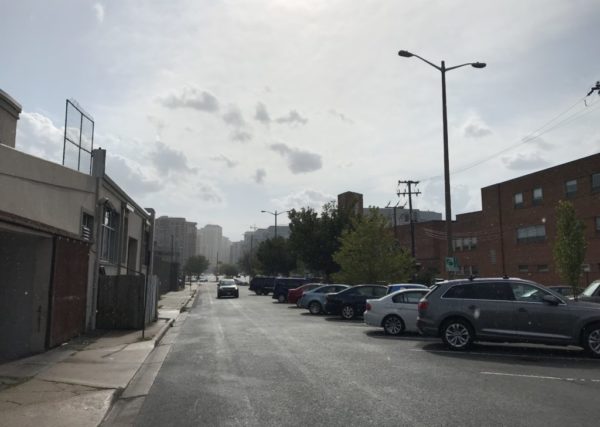 APS Students Now Can Identify as Nonbinary — “Students enrolling in schools in the District, Alexandria City, Arlington and Montgomery Counties now have the option to mark their gender as ‘X’ meaning nonbinary or unspecified. That’s in addition to male or female gender categories.” [WAMU]

Traffic Delays ACFD Response to I-395 Crash — “The I-395 incident happened shortly after 1 p.m. near the Duke Street overpass. Blunt said a crash left a woman trapped inside her car, but because of bumper-to-bumper traffic and other vehicles not moving out of the way, it took crews 24 minutes to respond when it would’ve taken them just eight minutes otherwise.” [Fox 5]

Pedestrian Tunnel Closure Date Set — “The 23rd Street tunnel is scheduled to close permanently on Tuesday, Sept. 3. The Virginia Department of Transportation will mobilize its contractor to begin deconstruction of the tunnel’s above-ground structures.” [Twitter, Twitter]

Kiwanis Sell Lots of NJ Blueberries — “Those who purchased blueberries from the Kiwanis Club of Arlington earlier in the summer weren’t alone. Nearly 10,000 pounds of New Jersey berries were sold in the fund-raiser, netting nearly $10,000 that will be used to support grants aimed at serving children.” [InsideNova]

Storm Last Week Cast a Shadow — “A storm on the western horizon is casting a shadow on a storm on the eastern horizon. It doesn’t happen often. These are photos from last Wednesday.” [Twitter]

Nearby: Scooters Face Opposition in Alexandria — “Why scooters have drawn so much ire is among the most enduring mysteries of Alexandria ‘historic character’ activism. Alexandria’s history is replete with lots of vile historic character, like being a major center in the trade of enslaved people.” [Washingtonian]