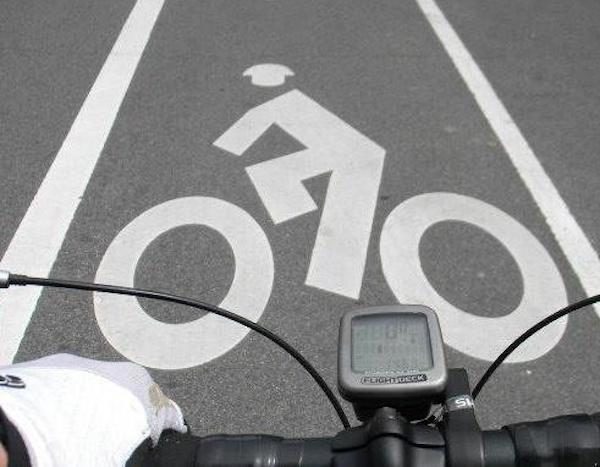 (Updated at 1:10 p.m.) The “How’s My Driving” cycling safety app is planning an event in Arlington tomorrow to collect data on bike lane violations.

App co-creator Mark Sussman told ARLnow that a team of about 40 people are gearing up to hit streets in Crystal City, Ballston, and Rosslyn on Thursday to count the number of times vehicles block bike lanes. The volunteers will track the bike lane violations on S. Crystal Drive, Fairfax Drive, and N. Lynn Street by reporting blockages through the app, which will share the data through a live dashboard.

“Crystal Drive and Lynn Street are just consistently blocked,” said Sussman. “The problem is that we don’t understand the size and the scope of the problem.”

Sussman and his partner and co-creator Daniel Schep, a software engineer, are hoping data collected by volunteers tomorrow during the morning and evening rush hours and lunchtime can help fix that.

Currently, only app users in the District can report violations through the app and see how many other violations the driver has racked up on that vehicle — courtesy of a bot that fetches the DMV data. But Susan and Schep have been eyeing expansion into Arlington for months as the app gained popularity and people began reporting violations across the Potomac, too.

The pair say they’re hoping Thursday acts as a demonstration of what kind of real-time data officials could have access to if they contract with “How’s My Driving” in the future.

Volunteers are also out collecting bike lane blockage data today in Pittsburgh. Previously, people helped with a data collection day in D.C. which yielded 700 violations, and another one for bus lane blockages that tracked 300 violations.

“When you get that amount of data, patterns really start to emerge. You can use that data in aggregate both for enforcement purpose and transportation planning,” said Sussman.

However the app creator emphasized that these data collection days are not designed for enforcement purposes, and act as more of a proof of concept.

“No one is getting citations. No one is reporting to authorities,” said Sussman. “The data is only reported in aggregate in a presentation to the county. It would never be used to call out for specific vehicles.”

“The overall effort is not to shame or expose particular violators,” he added.