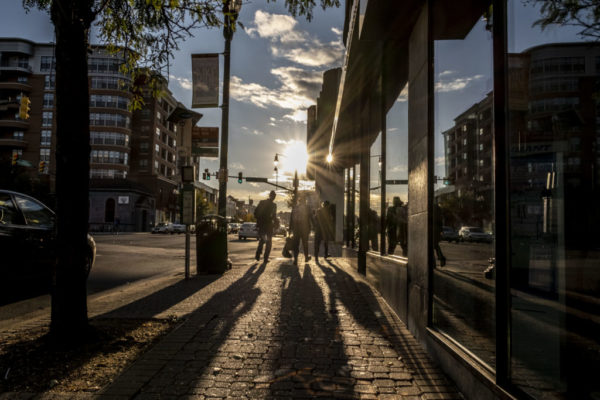 Real Estate Costs Going Down? — “In every major jurisdiction of the local area, the median per-square-foot price for housing for the January-through-September period declined, in many cases by double digits, according to new figures reported Oct. 11… Arlington led all local jurisdictions for the nine-month period, but its median per-square-foot cost of $436 was down 6.8 percent from $468.” [InsideNova]

Kaine to Talk Vaping at Arlington School — “On Friday, October 18, U.S. Senator Tim Kaine will hold a roundtable discussion on efforts to address the epidemic of youth e-cigarette use. The discussion at Montessori Public School of Arlington will include students, teachers, counselors, parents, health experts, and Virginia Secretary of Education Atif Qarni.” [Press Release]

Road Closures for Festival in Shirlington — “The Shirlington Shucktoberfest, sponsored by the Copperwood Tavern, will take place on Saturday, October 19, 2019 from 11:00 a.m. until 5:00 p.m.  Set up will begin at approximately 6:00 a.m. and cleanup should be completed by 7:00 p.m. The Arlington County Police Department will conduct the following road closures…” [Arlington County]

Arlington Woman’s Alleged Killer Charged — “The killer of Pamela Butler, a Washington, D.C., federal worker who disappeared before Valentine’s Day in 2009, has been charged in the 1989 death of his wife. Marta Haydee Rodriguez-Cruz disappeared from Arlington, Virginia, in 1989. Her remains were found along Interstate 95 in Stafford County in 1991 but weren’t positively identified until 2018. Her husband, Jose Angel Rodriguez-Cruz, also dated Butler for a time.” [NBC 4]

Arlington Man Convicted in Child Sex Sting — “An Arlington man is among more than 300 people arrested worldwide in connection with a website that authorities describe as the largest child sexual exploitation operation of its kind ever discovered in terms of the volume of content. Ammar Atef H. Alahdali, 22, pleaded guilty in the Eastern District of Virginia to receipt of child pornography and was sentenced to serve five years in prison and ordered to pay $3,000 in restitution.” [Patch]