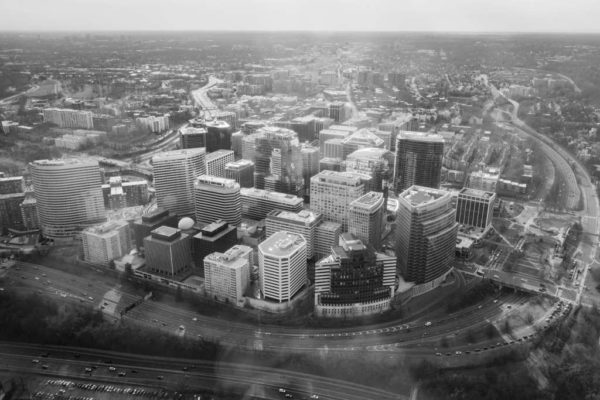 Ever wondered why Arlington County gets scooped up in “city” rankings so often, despite being technically a county? Turns out it’s by design.

The county is marked as a “Census Designated Place” (CDP) within the U.S. Census, which allows officials to compare it to cities as if the Arlington were one, too. And because data on CDPs and cities are both published in the same level of the federal survey, Arlington gets ranked against other U.S. cities by companies eager to rank everything from parks to bike friendliness.

“So that allows us to be ranked with cities, with counties, with neighborhoods, with other areas that have all receive that same designation,” said Elizabeth Hardy, a county planner.

In the U.S., places are officially “incorporated” as cities and towns by a voting process determined by each state. Although some new places still get incorporated, most states have already incorporated all their land into cities or towns — like how the City of Alexandria and Richmond were both incorporated in the 1700s.

But some of the states settled earlier in America’s history, like Virginia, have places left unincorporated after a history of land grabbing — including Arlington.

The exact history of why Arlington was left unincorporated and in need of a CDP is murky, but Hardy says it likely goes back to 1846 D.C. retrocession of the area, which led Virginia to declare Arlington and Alexandria independent jurisdictions.

“I think people will be surprised, especially in our region for Virginia and Maryland, a lot of the places out here are actually not incorporated,” said Vincent Osier, Branch Chief of the Geographic Standards and Criteria Branch at the U.S. Census Bureau.

“When people are looking in the data tables, ‘Oh I want data for Silver Spring’ or some other area — Tysons — they just assume that’s a place,” he said. “But without CDPs there would not be data qualification for that named area.”

There has been some talk of Arlington incorporating as a city, to better reflect its status as an urban area and to give the local government additional policy-setting powers, but nothing official on that front has emerged recently from county government headquarters.

Osier said CDPs solve the census researchers’ dilemma of how to capture data about these unincorporated communities that are not quite cities but also too big to be considered individual neighborhoods. After all, the federal survey is tasked with gathering data from the entire U.S.

As for what exactly qualifies as a CDP? Osier said a good rule is to consider the name people commonly call the area.

“When you think of someone from the other side of the state, when you answer ‘where are you from?’ most people would say Arlington, they wouldn’t say Shirlington,” explained Osier. “And that’s basically it.”

The CDP designation has held over the years — despite former County Board Chairman Jay Fisette’s desire in 2017 to convert Arlington into a city. And before that, officials almost changed the county’s classification system in the early 2000s as part of local government’s ability to redraw census boundaries every 10 years.

“When we talked to the planners [we] said ‘There are going too many [unintended] effects and many of which we don’t know,” Osier said of the early 2000s plan to break Arlington into multiple, smaller CDPs. “One is with losing the ranking of places nationally — then they were like, ‘nope’.”

He told ARLnow that many companies, like Amazon, use rankings as a way of deciding where to open businesses, making it more advantageous for Arlington to remain as a single locality rather than a collection of places.

Cara O’Donnell, a spokeswoman for Arlington Economic Development, said the rankings help the county market itself and rankings like the fittest city can inspire bigger events like “Arlington is for Fitness Lovers” tourism campaign.

“We’ve seen that people who aren’t necessarily familiar with Arlington find those rankings useful to just learn a little more about the community as a whole, and they help us tell our story as well,” she said.

All told, AED lists 25 recent rankings on its website in which Arlington scored among the country’s top “cities.”

The other reason Arlington nixed the idea of splitting up into smaller CDPs — one each for major neighborhoods like Ballston, Rosslyn, Clarendon — is that it risked federal funding, which is doled out based on the population data in the census.

“We receive around $50 million annually from federal assistance programs that rely on data derived from the census,” said Hardy.

Of that amount, she said the feds gave Arlington $18.7 million last fiscal year to administer the Section 8 housing program, and $4.5 million for free and reduced school lunches.

“Those areas alone may not qualify because the demographics are so different,” she said of the individual neighborhoods in Arlington. “I think we would need the whole county to be able to receive this funding.”

Today, the census tracts somewhat align with neighborhoods residents would recognize, but not exactly. Ballston for example, is broken up by pieces of five tracts — the smaller regions that together make up CDPs. Tracts are then made up of “blocks groups” and then “blocks.” 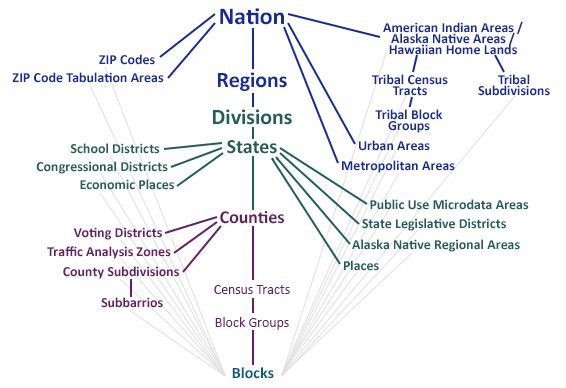 “That’s an going process that will take a little more time to align those geographies,” said Hardy. “The issue is comparability over time. We don’t want to do anything to the census tract or block groups being able to compare population, or population change, over time.”

Arlington as a CDP is currently made up of 59 census tracts, 181 block groups, and 2,188 blocks. That will come into play during the upcoming 2020 U.S. Census count, for which Arlington has launched a campaign to drum up participation.

Osier said deciding what kind of designation a place gets, and how its parts are divided within, is a delicate balance.

“We alway try to encourage people to create larger entities, even though there’s a natural inclination towards creating smaller ones,” he said.