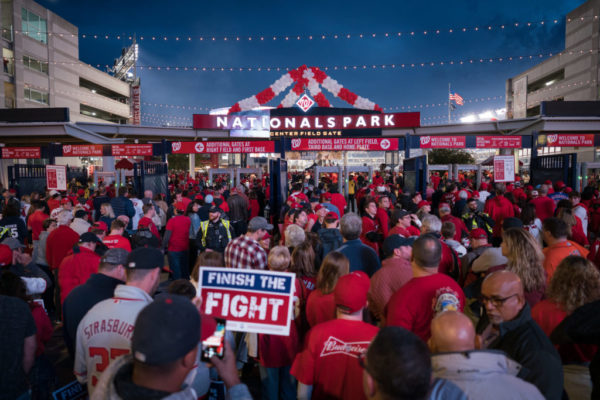 Arlington Man Accused Of Abusing Boy — “A teacher at Anne Beers Elementary School in Southeast Washington has been charged with sexually abusing an 11-year-old student between December 2016 and April 2017, according to police and documents filed in court. David Christopher Noble, 46, of Arlington, Va., was arrested Monday and charged in an indictment with several sex abuse counts and with threatening the boy and his family.” [Washington Post]

Big Raise for Arlington Startup — “Enterprise software company Stardog announced Tuesday morning that it had raised $9 million of a Series B round to expand its product offerings as well as its engineering, customer success, sales and marketing teams. The Arlington, Virginia-based maker of an enterprise data unification platform secured the funding in a round led by New York City-based venture capital firm Tenfore Holdings.” [Technically DC]

Wardian Wants to Go Full Gump Next Year — Newly-minted MCM50K champ Michael Wardian “has participated in more than 250 marathons and another 150 ultramarathons. His longest distance thus far is a 400K (nearly 250 miles) through the Gobi Desert that was self-navigated and took him four days… Next year, he hopes to run across the continental United States, but don’t compare him to Forrest Gump; he says he’s heard that one a few too many times.” [Arlington Magazine]

Four Percent of Nuptials in Va. Are Same-Sex — “Same-sex couples have made up one of every 26 marriages in Virginia since such unions were legalized in the commonwealth in 2014.” [InsideNova]

Even as officials and advocates continue to hail the Crystal City-Potomac Yard Transitway as forward-thinking, there’ve been literal instances of backwards driving. ARLnow has received reports of cars entering the…

A Connecticut man has been jailed after police say he stole items from two cars and then tried to run from officers. The arrest happened early Monday morning in the…

Carbeque on I-395 — A car was engulfed in flames on I-395 near Shirlington Circle last night. Southbound and HOV lanes were blocked as firefighters worked to extinguish the blaze….

A 2 BD/1 BA home in Shirlington with track lighting, hardwood floors and fireplace is included in today’s Just Reduced.