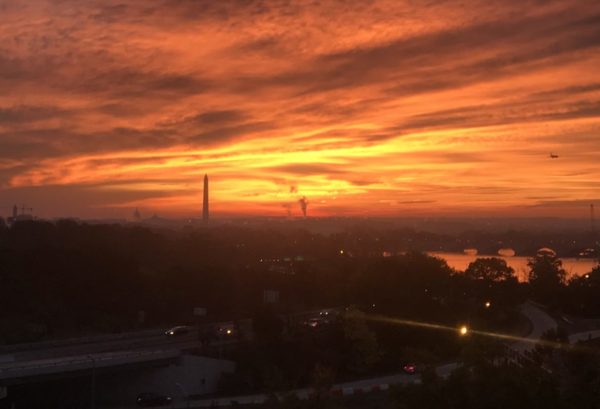 23rd Street Restaurants Worry About Parking — “Owners and operators along Crystal City’s ‘restaurant row’ are demanding changes to Roseland Residential Trust’s proposed multimillion-dollar expansion of the Crystal House complex, saying the project may irreparably harm their businesses… At issue are 95 pay-to-park spaces in a lot at South Eads and 22nd Street South, around the corner from the restaurants on 23rd Street.” [Washington Business Journal]

Wardian Was Also a Weekend Winner — “This was the first year of the MCM ultramarathon, a 50K, and MCM tweeted Sunday afternoon that Arlington marathoner and ultramarathoner Michael Wardian won that event. Earlier this year, Wardian ran the entire Capital Beltway. Wardian, whose first-ever marathon was the MCM win 1996, finished with a time of 3:11:52.” [WJLA]

Neighbors Negotiating With Amazon — “A group of neighborhood activists started discussing a unique joint effort, aiming to set a ‘livability agenda’ for the area and better bargain for the benefits they want to see… The partnership has helped community members take their needs directly to Amazon, and the company’s main developer and landlord in the area, JBG Smith.” [Washington Business Journal]

Crash at Shirlington Bus Depot — “Medics on scene of a crash between a van and a Metrobus in Shirlington. At least one minor injury reported. Not clear how the crash happened.” [Twitter]