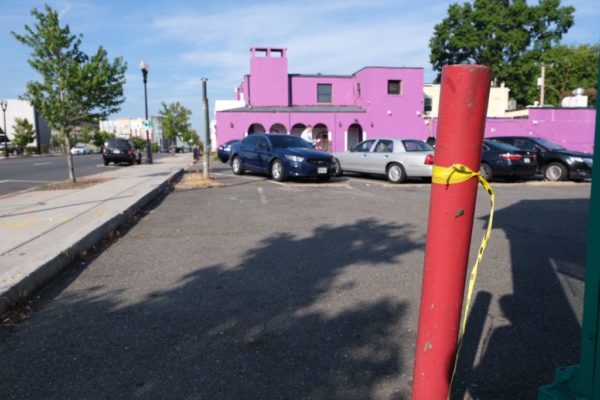 Tonight the Arlington County Board is expected to vote on advertising a review of the live entertainment permit of a Columbia Pike nightlife venue.

A staff report recommends moving up the review of Purple Ethiopian Restaurant and Lounge (3111 Columbia Pike) from January 2021 to next month, due to a series of violent incidents as well as alleged noise and alcohol violations. The restaurant opened in 2016.

“The Arlington County Police Department has noted ongoing issues and violations at this establishment that have created a public disturbance and violate the conditions of the live entertainment use permit,” the report says.

Notably, one person was shot outside the lounge early on a Thursday morning in September, resulting in a non-life-threatening injury and an arrest.

A memo from the police department, attached to the report, details some of the other violations and concerns. Most of the police dispatches to the restaurant have been after — sometimes well after — 2 a.m., when the restaurant should not be serving alcohol.

More from the ACPD memo:

On February 25, 2019 at 2:06am and 3:20am, an ACPD OCS confidential informant purchased and consumed alcohol at The Purple Lounge located at 3111 Columbia Pike. The VA ABC violation is captured in report # 2019-02250152. The calls for service reflect an apparent disregard for the conditions of their County live entertainment permit, their responsibility to comply with the law as a VA ABC alcohol licensee, and they are contributing to alcohol-related harm effecting [sic] public safety. Regular alcohol service past 2am has resulted in fights, disorderly conduct, intoxicated patrons, and destruction of property well into the early morning hours.

On May 22, 2019, ABC Agent Jacobs advised VA ABC filed an administrative violation and hearing for the after-hours service violation on February 25, 2019. On September 27, 2019, VA ABC Agent Jacobs advised a verdict from the VA ABC hearing held on August 2, 2019 imposed a $4,000 fine and a suspension of Purple Lounge’s VA ABC license for six (6) days. This finding will be effective after a thirty-day appeal period. Despite the above, according to Purple Lounge’s Yelp reviews, guests that stay after 2am are invited to an “After Hours Party”. After hours alcohol service was mentioned by guests on April 5, 2019, July 10, 2019 and September 18, 2019.

Additionally, there have been two (2) incidents of security using pepper spray on patrons. The first occurred on December 10, 2018 at 5:39am, when a patron who was being escorted out attempted to re-gain entry. After being sprayed, the patron retrieved a gun and smashed the front window of the business. On May 18, 2019 at 4:19am, a security guard sprayed a patron that had just been assaulted by another member of security causing injury. After being injured, the patron returned to the front entrance and was sprayed with pepper spray.

Should the live entertainment permit be revoked, the restaurant will no longer be able to host music and dancing.