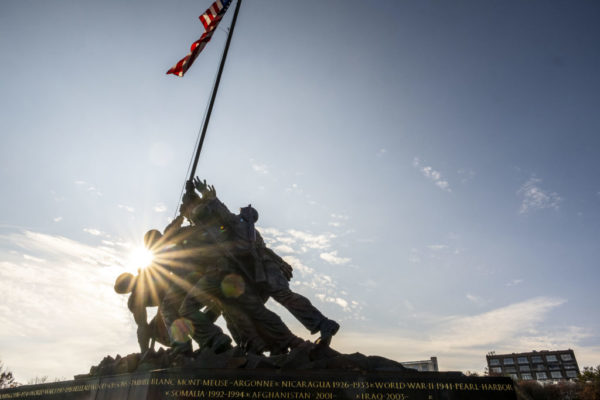 Fire Behind Restaurant in Crystal City — Firefighters responded to a small blaze outside a restaurant in Crystal City last night around 7:30 p.m. The fire, reported to be under a deck behind Andalusia Hookah, Bar & Lounge (525 23rd Street S.), was quickly extinguished, but not before a large fire department response swarmed the scene. Some smoke damaged was reported. [Twitter]

Santa, Carolers at DCA — ” Ronald Reagan Washington National Airport [is] ready to celebrate the holiday season with a variety of performances, giveaways and surprises for passengers throughout the month of December.” [Press Release]

Christmas Tree Fire Safety — “It’s the holiday season in Arlington, which means it’s time to put up your own Christmas tree in the living room. However, be aware you are bringing a major risk into your home… The Arlington County Fire Department says they don’t encourage a live tree in the house, but if you do have a live tree, keep it really watered. Also, make sure to keep any sources of ignition at least three feet away.” [Patch]

Arlington Resident Makes 30 Under 30 List — Adam Richelieu, a 29-year-old Arlington resident who works as a salary cap manager for the NFL Players Association, has been named to the Forbes 30 Under 30 Sports list for 2020. [Forbes]

Impeachment Banner on Arlington Overpass — “Spotted [Monday]: a banner saying ‘Impeach for our country’ on the George Mason Drive bridge over Route 50. County staff said signs of any kind placed on country property like this are not permitted and will be removed.” [Twitter]

Nearby: New Restaurant Near Fairlington — “The tables are set and the staff at El Saltado Restaurant and Carryout (3616 King Street) say it’s just about ready to open in the Bradlee Shopping Center. The restaurant is replacing the Hong Kong Bistro on the east side of the shopping center.” [ALXnow]