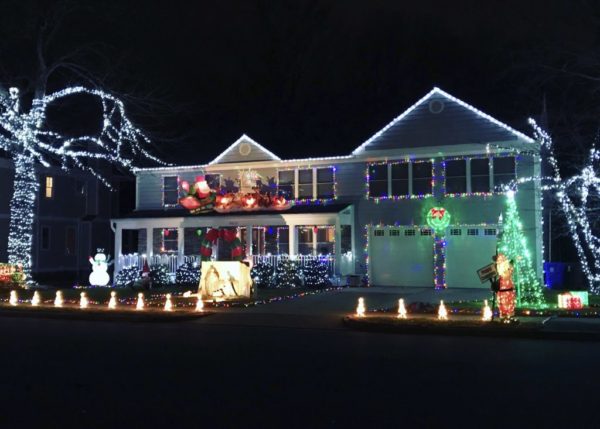 Ballston Launches ‘Gnome’ Promotion — “Starting December 16th through December 20th, look for the Ballston Holiday Gnome spreading cheer all around the neighborhood. Find our holiday helper, and you’ll win gifts from some of our favorite Ballston restaurants and stores.” [Facebook]

Skylight Replacement at Arlington National — “After 30 years, the skylight in the @ArlingtonNatl Welcome Center is being repaired under the watchful eye of our Engineering team. As always, the cemetery remains open while we improve your experience.” [Twitter/@KDurhamAguilera]

Amazon Opening Smaller Office in NYC Post-HQ2 — “The giant online retailer said it has signed a new lease for 335,000 square feet on Manhattan’s west side in the new Hudson Yards neighborhood, where it will have more than 1,500 employees. The new lease represents Amazon’s largest expansion in New York since the company stunned the city by abandoning plans to locate its second headquarters in the Queens neighborhood of Long Island City.” [Wall Street Journal, Crain’s New York Business, Twitter/@ProfGalloway]

Nearby: Shoppers Closing in Potomac Yard — “Shoppers is closing in Potomac Yard, its parent company announced today. The supermarket, at 3801 Richmond Highway, is expected to close by the end of January. Other Shoppers stores in Manassas, Baltimore and Severn (Maryland) are also closing, and the company is selling 13 other locations.” [ALXnow]