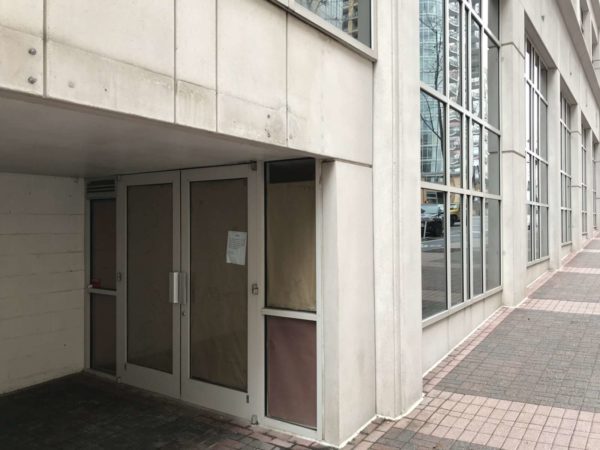 Lee’s Sandwiches, which bills itself as the “World’s Largest Bánh Mì Chain,” may be coming to Ballston, according to permit filings.

The business is still in the process of applying for permits at 801 N. Quincy Street, where a Subway sandwich shop closed last summer. The windows of the space are covered in paper and no sign of construction activity can be seen yet.

Lee’s Sandwiches serves Asian sandwiches including its flagship Bánh Mì, and is also noted for its fresh-baked baguettes and Vietnamese iced coffee. The chain opened its first East Coast store at 3037 Annandale Road in Falls Church in 2016.

“Founded in 1983 in San Jose, California, Lee’s Sandwiches is a quick-serve restaurant chain specializing in Bánh Mì, Vietnamese sandwiches and other Euro-Asian food products,” a press release said at the time. “From its beginnings as a food truck, Lee’s Sandwiches is now the largest Bánh Mì chain with over 60 locations in Arizona, California, Las Vegas (Nevada), Oklahoma, Oregon, Texas, Virginia, and Taiwan.”