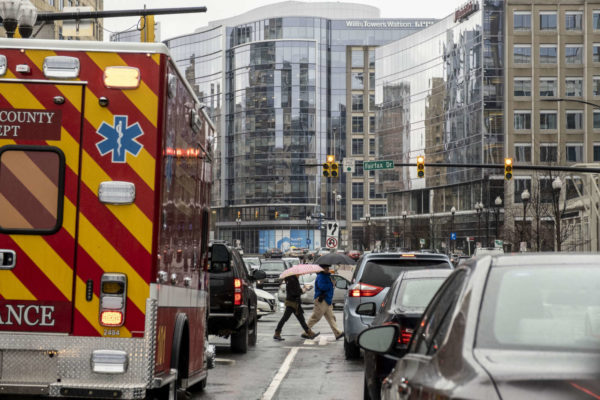 Students: Keep the Career Center’s Farm Animals — “A staff proposal to revamp the animal-science program at the Arlington Career Center, including the removal of on-site large non-domesticated animals, is drawing brushback. The proposal calls for focusing more on smaller, domestic animals at the expense of farm animals, which have been part of the program for years and have come to be a beloved part of the Career Center family.” [InsideNova]

Local Tech Firm Not Meeting Job Hype, Yet — “Blockchain software developer Block.one promised in September to add 170 jobs in Arlington over three years, so we’re checking in on where its local employee numbers stand. Out of the 231 employees the company has listed on LinkedIn, 24 are now located in the D.C. area.” [Washington Business Journal]

How One Young Resident Affords Housing Here — “In 2013, [Mallory Scott] and one roommate moved into a three-bedroom, World War II-era Arlington house where the monthly mortgage and property taxes totaled $1,200. She had a connection that helped her find the place: Her parents, who now live in Nevada, purchased the home in 1991 for $190,000 when the Army assigned Scott’s father to Arlington. Today, it’s worth roughly $800,000.” [WAMU]

Neighborhood Near Clarendon Profiled — “Lyon Village is a chic, charming neighborhood in Arlington, Virginia, that resides regally just across the river from Washington, D.C. The 191-acre community of 6,000 residents, which was established in the mid-1920s by developer Frank Lyon for whom it is named, still retains a small-town, good-to-see-you feel yet offers access to all the cultural activities and amenities of the nation’s capital.” [Mansion Global]