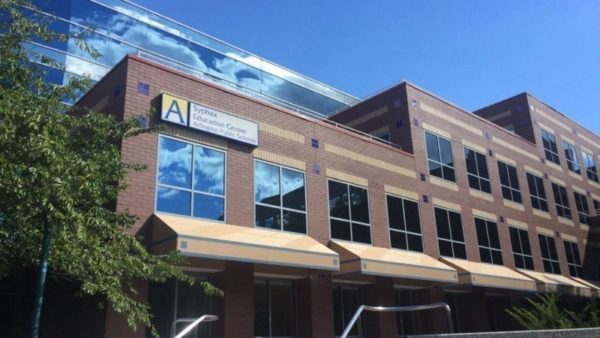 In the midst of an uptick of activism in Arlington, both current and former students of Arlington Public Schools are calling for reforms to the school system.

Sparsh Srivastava, a 2016 graduate from H-B Woodlawn, has gathered over 750 signatures on a Change.org petition launched earlier this week asking APS to offer a racial education elective course for high schoolers to take as a social studies credit.

According to the petition, the course would be “a discussion-based, socratic format,” that would “discuss systemic racism by examining Jim Crow minstrel shows and segregation, burning of Black Wall Street, generational wealth accumulation,” and more.

“Thinking back on my time at H-B, I received little to no racial education, especially on topics such as affirmative action and systematic racism,” said Srivastava, who has been in contact with APS teachers who expressed interest in creating a “mock,” or trial-run of the course, for the 2020-21 school year.

Srivastava has also reached out to APS Chief Diversity, Equity and Inclusion Officer Arron Gregory in hopes the petition will ” gain enough traction to convince the APS administration of its value.”

The second Change.org petition, authored by Rosie Couture and Belan Yeshigeta, two current sophomores at Washington-Liberty High School, calls for APS to address its education inequities. It currently has more than 450 signatures with a goal of 500.

After reviewing the data from Arlington’s 2019 Community Report, Couture and Yeshigeta’s made a list of demands for APS including:

“We see Arlington as a utopian, progressive county, and while the County and School Board does provide us with a lot of resources, we shouldn’t gloss over change that still needs to happen,” said Yeshigeta.

The pair plan on reaching out to the Arlington County Board and have created an action pledge for APS teachers to take. According to Couture, 54 teachers have signed on, and the list will eventually be publicized to students.

APS spokesman Frank Bellavia said the school system has seen both petitions and applauds “students for seeking change.” APS will be hosting a virtual forum on June 22 to further conversation, he said.

The full statement from Bellavia is below.

We have seen both petitions and applaud students for seeking change. We acknowledge the anger and hurt that our APS community and the nation are experiencing, especially our African American community. APS strives to celebrate the differences of all our students and strongly condemns violence and racism.

As Superintendent Dr. Francisco Durán and School Board Chair Tannia Talento stated in their June 2 letter to the community, APS pledges to continue the work started prior to the school closures to better educate and train our leaders and staff to tackle systemic bias and inequities, that have led to opportunity gaps and disproportionality in discipline. A first step in this work is to hold a virtual conversation on June 22. This will be the first in a series of conversations with our students, staff and community.