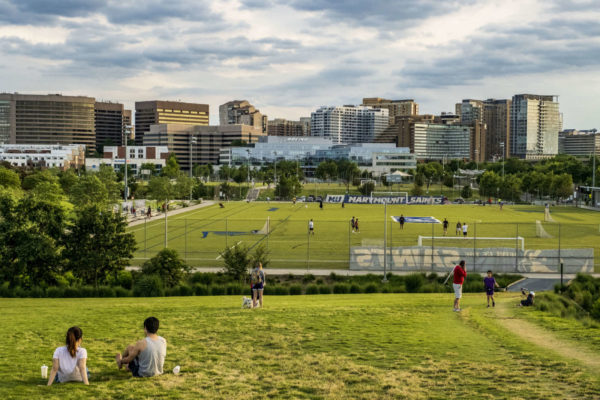 Lower Census Response Rate Than 2010 — “In 2010, 74% of Arlington households filled out their Census form and returned it by mail, which was the only option at the time. In 2020, despite being able to fill out the Census online, by phone and by mail, Arlington’s self-response rate is hovering at just over 70%.” [Arlington County]

Missing: BLM Banner — Someone took a Black Lives Matter banner that had been hanging on a pedestrian bridge over Route 50, and its creator wants it back. [Twitter]

JBG Wants to Improve VRE Station Plan — “JBG Smith Properties could soon play a key role in a second major transportation improvement project in Crystal City, performing design work to beef up plans for a new Virginia Railway Express station there. The developer is advancing a plan to manage the construction of a second entrance for the nearby Crystal City Metro station, and this work on the VRE designs would be closely tied to that effort.” [Washington Business Journal]

Another Unique Feat for Wardian — Arlington ultramarathon runner Michael Wardian ran 62.3 miles to every District Taco in the D.C. area, eating tacos along the way. [Instagram]