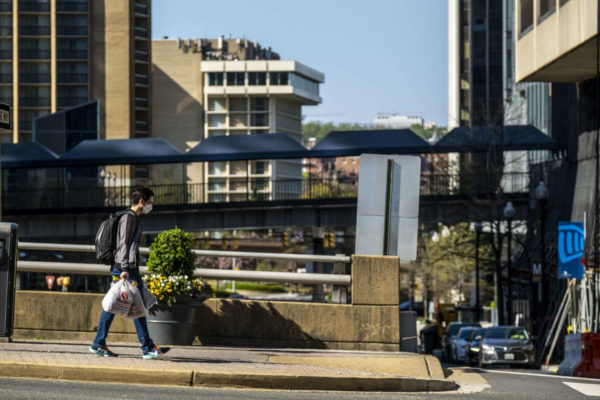 The Arlington County Board appears likely to consider a tax on plastic shopping bags later this year.

At the Board’s Saturday meeting, a volunteer from the group EcoAction Arlington spoke in favor of a five-cent tax on plastic bags, similar to that which has been implemented in D.C. and other cities, during the public comment period.

In response, Arlington County Manager Mark Schwartz noted that state authorization for such a tax — a five cent tax on plastic bags from grocery stores, convenience stores and drugstores — was recently signed into law by Gov. Ralph Northam, but will not go into effect until Jan. 1, 2021. In the meantime, county staff are “working on” a proposal to bring to the Board in the fall, he said.

“We look forward to having a conversation,” Schwartz said.

The volunteer, Whitney Beer-Kerr, said that a per-bag tax helps to cut down on such bags — which take centuries to decompose — winding up in waterways and landfills. Revenue from the tax can also be used on a variety of environmental initiatives.

On the other hand, a key alternative to plastic grocery bags — reusable shopping bags — are being discouraged by stores for employee health reasons during the pandemic. And Schwartz said that charging extra money for plastic bags could raise “equity questions.”

Paper bags, however, remain a viable and more environmentally-friendly alternative, County Board member Katie Cristol said during the meeting.