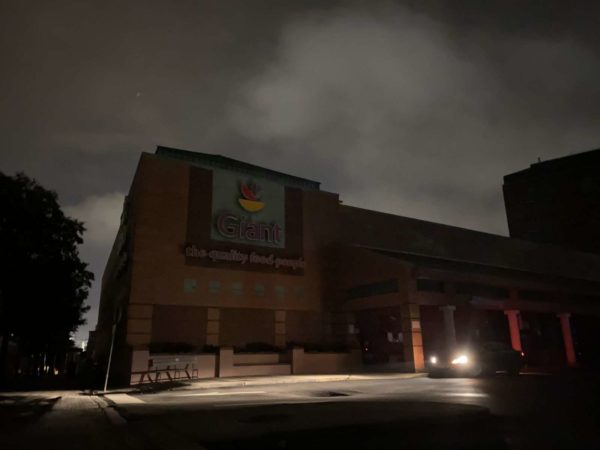 Dorsey’s Union Check ‘Lost in the Mail’ — “The $10,000 donation that cost Metro board member Christian Dorsey his position was returned to the agency’s largest union five months ago, but the check was never cashed — because it was lost in the mail, Dorsey and the union said.” [Washington Post]

Opioid Overdoses Rise in Arlington — “Since the start of the year, nine individuals have recovered from opioid overdoses following the deployment of Nasal Naloxone (also known as Narcan) by responding officers. This comes as the number of police investigated incidents involving opioids begins to rise, with fatal incidents now surpassing those reported in 2019.” [Arlington County]

Crash in Crystal City Last Night — “ACPD on scene of an overturned vehicle and downed tree on Route 1 at 20th Street S. Two people self-extricated from the vehicle, reported to be a black Mercedes.” [Twitter]

5G Antennas to Be Deployed on Light Poles — Updated at 9:10 a.m. — “We are excited to share that a new 5G streetlight pole prototype is on display in Courthouse (southwest corner of 14th Street North and North Courthouse Road) until Aug. 7. ” [Twitter, Arlington County]

Va. Real Estate Market Heating Up — “According to the June 2020 Home Sales Report released by Virginia REALTORS, home sales in most regions of Virginia are rebounding, following spring’s slowdown due to COVID-19. There were 13,176 home sales statewide in June 2020, up 0.5% from a year ago and up nearly 30% over May 2020 sales.” [Press Release]