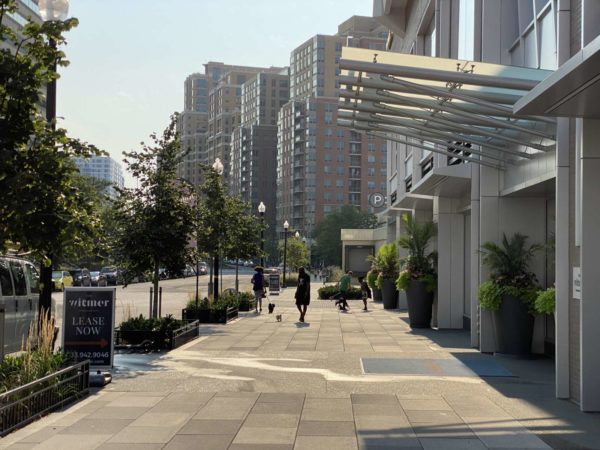 ACLU Suit Names ACPD Captain — Arlington County Police Department Captain Wayne Vincent has been added, in his personal capacity, to the ACLU lawsuit over the actions by police to clear protesters from Lafayette Square ahead of President Trump walking from the White House to St. John’s Episcopal Church. Some twenty ACPD officers, who are not named, are also being sued over the use of force and chemical irritants. [WTOP, ACLU]

Where APS Students Are Going to College — “The following is a list of the colleges and universities where Arlington Public Schools high school graduates (Class of 2020) applied and where they were accepted.” [Arlington Magazine]

Sen. Kaine in Arlington Today — “On Thursday, September 3, U.S. Senator Tim Kaine will host a socially distant conversation in Arlington with local leaders to discuss the work being done to support the Latino community in Northern Virginia, as reports show Latino communities have been disproportionately affected by COVID-19.” The closed event is taking place at an apartment building near Columbia Pike this afternoon. [Press Release]

Bus Project Likely to Be Funded — “A project submitted by the Arlington County government remains in contention for Northern Virginia Transportation Commission (NVTC) funding, even as a number of other regional projects have been delayed for consideration due to sharp dropoffs in available funding. As a result, the Arlington project — an HOV- and bus-only lane on Route 29 in Rosslyn during rush hour — is likely to receive the $710,000 in regional funds being sought to help with the overall project cost.” [InsideNova]

Local Group Supports Eviction Moratorium — “Leaders of VOICE (Virginians Organized for Interfaith Community Engagement) cautiously welcomed the announcement by the Centers for Disease Control and Prevention of a nationwide eviction moratorium through Dec. 31, but noted that Congress and the Administration still need to work together to provide significant funding to prevent huge rental housing market instability after the ban expires.” [Press Release]