Sponsored by Monday Properties and written by ARLnow, Startup Monday is a weekly column that profiles Arlington-based startups and their founders, plus other local technology happenings. Monday Properties is proudly featuring Shirlington Gateway. Say hello to the new 2800 Shirlington, which recently delivered a brand-new lobby and upgraded fitness center. Experience a prime location and enjoy being steps from Shirlington Village, a large retail hub with a variety of unique restaurants and shopping options. Spec suites with bright open plans and modern finishes are under construction and will deliver soon!

The company, which has its operational headquarters in Courthouse, is focused on a technology that might sound to some like Spider-Man villain origin in the making.

Kerecis uses “fish skin and fatty acids for tissue protection and regeneration.” The fish skin can be used to treat wounds, burns and other tissue damage.

Kerecis said all of the fish it flays for human use are wild and caught off the coast of Iceland.

“The fish skin needs only mild processing for medical use and maintains its natural structure and elements, including Omega 3 fatty acids,” the company said. “The Kerecis fatty-acid-based products protect the body against bacterial and viral infections.”

The company announced that the funding is based on $15 million in credit from Silicon Valley Bank to fund the company’s capital needs, with investors and lenders providing $6 million in loans to finance expanding the company’s expansion plans in the United States. 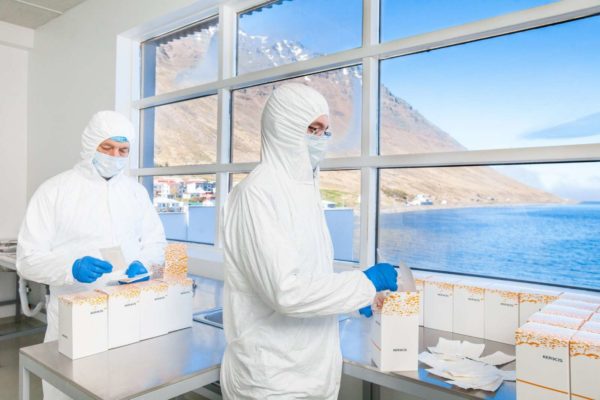 Research into adapting fish skin as treatment for burns and other skin-damage has been promising, with some experimental treatment being done in Brazil.

“The main reason that we were once again named Iceland’s fastest growing company is the rapid adoption of our medical fish skin in the U.S. market,” said G. Fertram Sigurjonsson, founder and CEO of Kerecis. “We are excited that our products are preventing amputations and reducing human suffering.”

Sigurjonsson said the funding will go to accelerating development and marketing of products for wounds, burns and other medical needs, especially in the United States.

Read more →
More Stories
Cents of Community: Is it Time to Refinance Your Home Loan?County Board Expresses Support for Changing County Logo