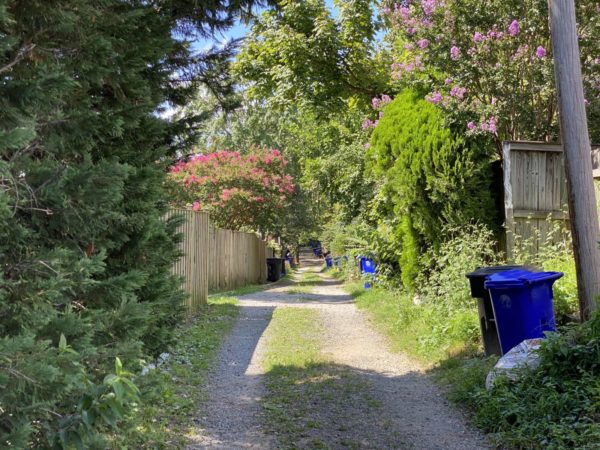 Flags at Half Staff in Va., U.S. — “Per an order from @GovernorVA, the Virginia flag is to be lowered to half staff at all federal, state and local government facilities across Virginia in memory of U.S Supreme Court Associate Justice Ruth Bader Ginsburg, who died Friday. Flags are to remain lowered until burial.” [Twitter, White House]

AMC Shirlington Temporarily Closed — The AMC Shirlington 7 theater appears to have suddenly, temporarily closed over the weekend. AMC’s website shows no planned showtimes at the theater. The reason for the closure was not given. The theater reopened on Aug. 27 at a reduced capacity after closing at the beginning of the pandemic. [Twitter]

Beyer Still Pushing for Rosslyn Boathouse — “The seemingly interminable planning process for a new boathouse facility in Rosslyn already has outlasted one of its champions in Congress, and while U.S. Rep. Don Beyer (D-8th) is not planning on departing any time soon, one wonders if it might outlast him, too. Not if Beyer has anything to say about it. ‘It’s moving very slowly, but it will be done,’ Beyer vowed.” [InsideNova]

Local Startup’s Return to Office Normalcy — “Phone2Action’s first step toward that elusive new normalcy appears to be going as planned. That’s the latest word from Jeb Ory, CEO and founder of the advocacy platform, who said those employee volunteers the company selected to be the first workers back into Phone2Action’s headquarters at 1500 Wilson Blvd. seem to adapting well to the workplace changes.” [Washington Business Journal]

County Board Approves New Bonds — From last week: “The Board [voted] to authorize the sale of up to $172.32 million in General Obligation Public Improvement Bonds for new projects and the refunding of existing bonds to lower interest rates and save taxpayer money.” [Arlington County]