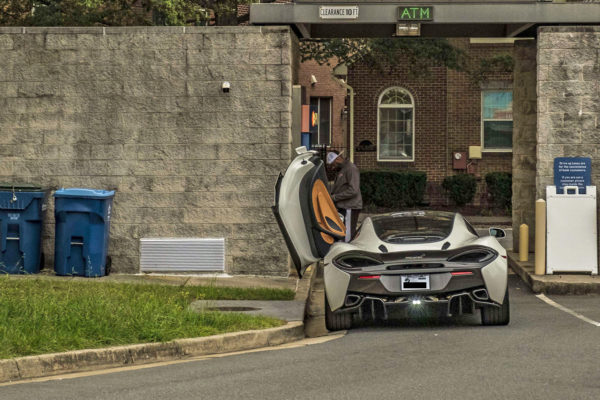 Crystal City Water Park to Get Big Upgrade — “JBG Smith Properties is pitching a major makeover for a small park at the heart of its Crystal City holdings, envisioning some new retail and even a bar atop a water feature. The developer filed plans with Arlington County earlier this month requesting an additional 6,100 square feet of density for the 1.6-acre park, located across the street from JBG Smith’s massive ‘Central District’ project at 1770 Crystal Drive.” [Washington Business Journal, Twitter]

Vote By Mail Facts — “The first round of vote-by-mail ballots have been sent to people who requested them, but it’s not too late to request yours. Ballot applications must be received by 5 p.m. on Oct. 23. To help you understand how voting by mail works — and feel confident in submitting your ballot — we’ve broken down the facts you need to know.” [Arlington County]

Deer Rescued from Country Club Fence — “On Tuesday night, a curious fawn tried to get through a metal fence in the Washington Golf and Country Club. Unfortunately her adventurous plan backfired, and the fawn ended up stuck and stranded. The country club called animal control, which is under the Animal Welfare League of Arlington, and that’s when Officer Shannon Rose sprung to action.” [Washingtonian]

Weekday Afternoon Robbery in Ballston — “At approximately 4:21 p.m. on September 23, police were dispatched to the report of a robbery just occurred. Upon arrival, it was determined that the suspect entered a business, approached the front counter, and passed the employee a note demanding money and threatening them if they didn’t comply. The victim complied, and the suspect stole an undisclosed amount of cash, then fled on foot prior to police arrival.” [Arlington County]

Addiction Recovery Org Rebrands — “The name will change but the mission will remain the same – working to help those struggling with addiction turn their lives around. Phoenix House Mid-Atlantic announced Sept. 16 that it would change its name to National Capital Treatment and Recovery, following its split last year from the national Phoenix House organization.” [InsideNova]