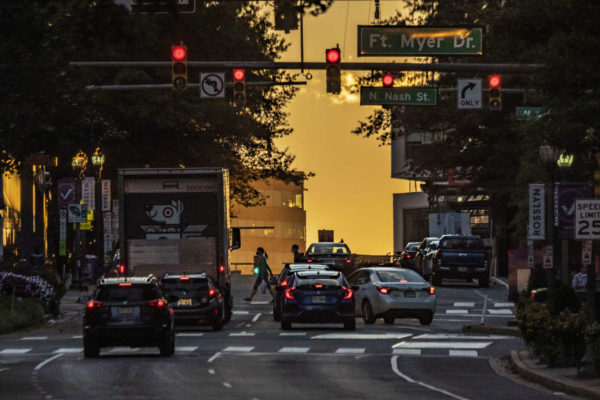 Girl’s Study Shed Featured on NBC — With the help of a local Facebook group called “Buy Nothing,” an Arlington dad built a study shed for his daughter using materials donated by neighbors. The project was featured on Saturday’s national NBC Nightly News broadcast. [YouTube, Washington Post]

APS Graduation Rate Improves — “Arlington’s public-school students posted a 93.4-percent on-time graduation rate up from 92.5 percent a year before, according to new data from the Virginia Department of Education. Rates rose among both genders and in major racial/ethnic groups compared to the Class of 2019, while the school system’s dropout rate showed improvement, declining from 5.6 percent in 2019 to 4.9 percent in 2020.” [InsideNova]

Crystal City Halloween Shop Struggles — “This was supposed to be the biggest Halloween of Lorenzo Caltagirone’s career.
For the first time in 95 years, it would fall on both a full moon and a Saturday — an equation that normally would mean big profits for his Virginia costume shop. Instead, sales are down 80 percent and he is running low on cash.” [Washington Post]

Vehicle Tampering Suspects Flee — “Police were dispatched to the report of two subjects trespassing and tampering with vehicles in a parking garage. Upon arrival, it was determined that security observed two suspects enter the garage on motorcycles and begin trying door handles. Arriving officers observed the suspects, however, when they attempted to stop them, Suspect One got on a motorcycle, then fled on foot and the Suspect Two fled on a motorcycle.” [ACPD]

Memorial Service for Erik Gutshall — A memorial service for the late County Board member Erik Gutshall was held last night at outdoor the Lubber Run Amphitheater. Some mourners attended in person, though the service was also broadcast online. [YouTube]

Cross-Country Tandem Bike Ride — “Terri and Bruce Brown are finishing up a more than 3,000-mile, three-month bicycle trip from Oregon to the Iwo Jima Memorial in Arlington, Virginia, not with two bikes, but one.” [WTOP]