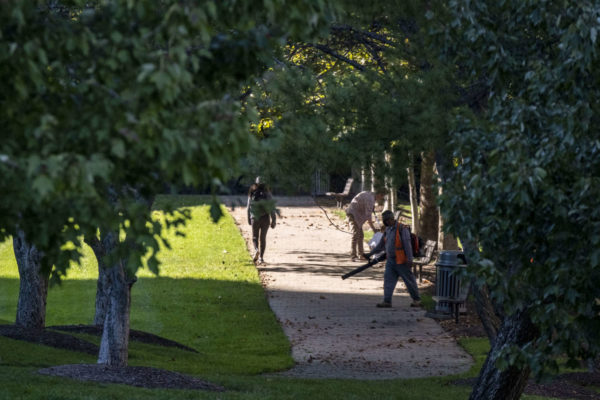 Gold’s to Open Outdoor Workout Space — “Gym goers in Arlington, Virginia, will soon take spin classes on an open air training terrace instead of peddling away indoors. Gold’s Gym will open a turf-covered outdoor promenade for classes and training sessions at a new location that’s set to open over the Rosslyn Metro station in early 2021.” [NBC 4]

Beyer Blasts Trump Stimulus Decision — Before the president seemingly reversed his reversal, Rep. Don Beyer said in a statement: “President Trump’s stunning reversal on stimulus negotiations could not have come at a worse time. Just as a bipartisan deal to support American families, boost the economy, and fight the pandemic seemed increasingly promising, the President made the bewildering decision to walk away from talks completely.” [Press Release]

Sexual Assault on Silver Line — “An attacker tried to rape a woman Tuesday on a Metro train in Northern Virginia, the transit system said. The attack occurred about 11:35 a.m. on a Silver Line train between the McLean and East Falls Church stations, Metro said.” [Washington Post]

Arlington Man Attempting Major Feat — “Ashley set a goal of being the first kidney donor to complete the seven summits — climbing to the highest point in every continent. He climbed Mount Kilimanjaro, but his goal remains on pause because of the COVID-19 pandemic’s effect on travel.” [RunWashington]

Update on Northam’s Symptoms — “Virginia Gov. Ralph Northam said this week that he has developed ‘mild’ symptoms of covid-19 more than a week after testing positive for the novel coronavirus, but he is continuing to conduct business remotely. ‘I had a little bit of cold-like symptoms over the weekend and lost my sense of taste or smell, but other than that, I feel fine,’ Northam (D) said Monday.” [Washington Post]

More Stories
Just Reduced Properties in ArlingtonJUST IN: You Can Now “Sip and Stroll” in Parts of Shirlington