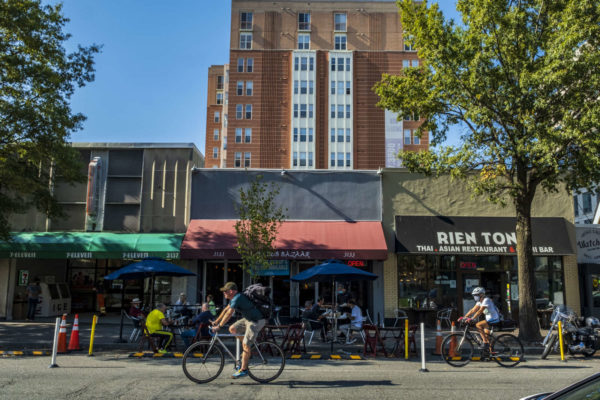 APS Modifies Back-to-School Plan — “To better serve our students, we are announcing updates to the return-to-school plan, including revisions to the elementary and middle school hybrid/in-person instructional models and adjusted student groupings.” [Arlington Public Schools]

More on Silver Line Attack — “The woman was riding the train with her young child at about 11:35 a.m. Tuesday when a man assaulted her, tried to remove her clothing and exposed himself, Metro Transit Police said. The attack occurred between the McLean and East Falls Church stations.” [NBC 4]

CPRO May Get New Name — “The Columbia Pike Revitalization Organization has been known by the name – and the acronym CPRO – for nearly 35 years. But plans are now in the works to provide a new name to describe the organization’s current mission. The renaming process ‘will probably happen over the next few months,’ CPRO executive director Kim Klingler said.” [InsideNova]

Rose Bush Auction This Weekend — “Hosted by Arlington Rose Foundation… Our auction with sound system will be held outdoors, where it is easy to social distance, in the lovely rose garden at Columbia Gardens Cemetery, 3411 Arlington Boulevard.” [ARLnow Events]

Adult, Two Kids Struck By Driver in Falls Church — ” At approximately 11:01 a.m. on October 7, City of Falls Church Police were dispatched to the report of pedestrians hit by a vehicle at the intersection of W Annandale Road and W Broad Street. Three victims – an adult and two minors – were transported to Virginia Hospital Center with non-life-threatening injuries.” [City of Falls Church]