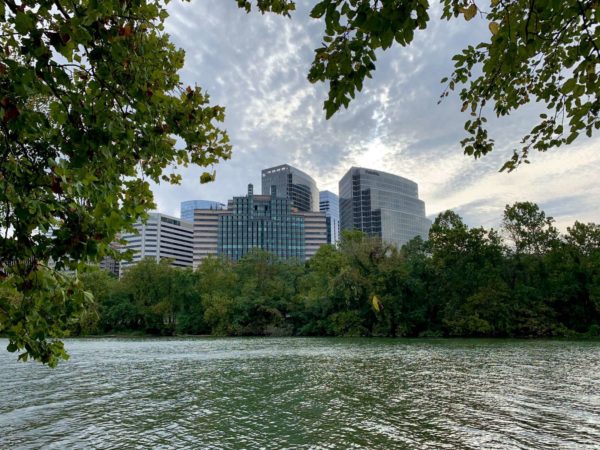 Study: Arlington Has Safest Drivers in Va. — The insurance website Insurify says Arlington has the safest drivers in Virginia. Drivers in the county “demonstrate exceptional dedication to their own safety and to the safety of others around them,” the website says. [Insurify]

Local Toll Lanes May Be Sold — “Transurban is selling off stakes in its US toll roads because it wants to strengthen its balance sheet… Transurban owns the 95 Express Lanes, 495 Express Lanes and 395 Express Lanes toll roads near the US capital, but traffic on the motorways has been hard hit by the pandemic… The Virginia assets have the longest concession periods of Transurban’s assets with asset lives out to 2087.” [Australian Financial Review]

Police Response at Va. Square Metro — Metro Transit Police and Arlington County Police responded to the Virginia Square Metro station last night for a person who jumped on the track bed. Orange and Silver Line trains were stopped in both directions while the person was taken into custody. [Twitter]

Arrest Made in Silver Line Sexual Assault — “Metro Transit Police today arrested the individual suspected of an attempted rape Tuesday, October 6 aboard a Silver Line train in Northern Virginia. Kendrie Roberts-Monticue, 21, of Reston, was taken into custody this morning at the home of a family member in Virginia.” [WMATA]

Metro Closure Planned in Early 2021 — “Arlington Cemetery and Addison Road stations will be closed for approximately three months for full platform replacement and station renovation… [During the work] Yellow Line trains will provide all trans-Potomac service for stations Pentagon and south.” [WMATA]

APS Getting More CARES Act Funding — “More than $220 million in federal coronavirus relief is headed to Virginia schools, according to an announcement from Gov. Ralph Northam on Thursday… Arlington County schools will receive $4.7 million.” [DCist]