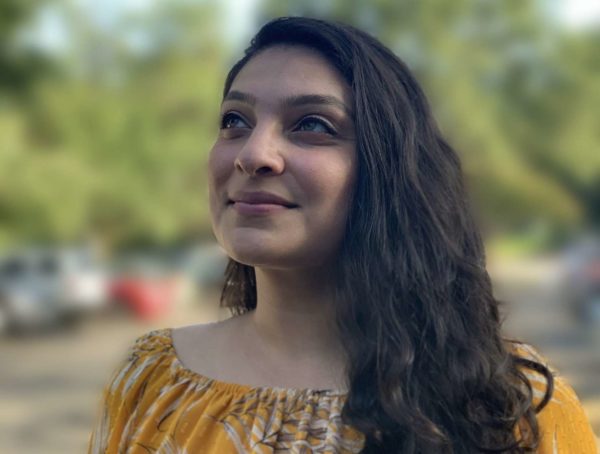 A new candidate is poised to provide a primary challenge to Del. Alfonso Lopez (D-Arlington) from his left.

Karishma Mehta, a “preschool teacher, community organizer and daughter of immigrants,” said earlier this week that she will be running as a Democrat in Virginia’s 49th House of Delegates district.

The social media announcement was accompanied by a campaign video in which Mehta decries Amazon, whose new HQ2 in Pentagon City is located within the district.

“As luxury developers displace the working class, and corporations like Amazon steal hundreds of millions of dollars away from the community during a global pandemic, we have risen up to demand better,” Mehta says. “We are on the streets demanding justice, while powerful Virginia Democrats continue to choose incrementalism and put profits over people.”

“Virginia is not for sale,” Mehta says as the video concludes.

This campaign is not about one election, but a long-term commitment to the working-class. It is our chance to elect a people's movement rooted in mutual aid + direct action. We represent the PEOPLE (not corporations or billionaires).

(Mehta’s Twitter account lists its location as “occupied Nacotchtank land,” a reference to a Native American tribe that once called the area home, but which has had no known living members for centuries.)

The announcement was accompanied by messages of encouragement from supporters.

“Can’t think of anyone I’d rather see representing the neighborhood than someone I knocked on doors for Bernie with!” said one reply. “You’ve got my full support.”

“A democratic socialist winning in the backyard of Amazon HQ2 in Arlington would be nothing short of a game changer,” said another. “Every progressive in the country needs to being paying attention to this campaign.”

Mehta’s website says her campaign is “rooted in mutual aid and direct action.”

“Karishma is an active organizing member with numerous progressive groups and is committed to building solidarity and community power in Virginia,” the site says. “She currently rents an apartment in South Arlington with her mom and sister, while working as a full-time early childhood teacher and community organizer.”

Karishma is a preschool teacher whose childhood was split between Chattanooga, TN and Pittsburgh, PA with her parents and two siblings. Both of Karishma’s parents worked full-time, sometimes working multiple jobs to provide for the family.

She grew up being a caretaker for her younger siblings, and watched her parents struggle with rent, school expenses, lunch debt, lack of healthcare, and job opportunities. Economic hardship alongside racism and xenophobia forced her family to move frequently until she was in high school.

After completing her undergraduate studies in Psychology at George Washington University, Karishma dedicated her life to her students and became an active community organizer and mental health advocate in Virginia.

Through her years in education, Karishma has connected the dots between the daily economic, social, environmental, and racial struggles that her students’ families face. Both in and out of the classroom, she commits to building a compassionate, just, and antiracist education system.

Lopez has represented the district since 2012, and founded the General Assembly’s Latino Caucus. He became the Democratic Whip in 2016 and has continued to rise in seniority as Democrats won control of the state House in 2019. He is up for reelection in 2021.

Lopez has faced criticism, however, particularly from the more progressive wing of the party. His Obama-era work for a company that contracts with Immigration and Customs Enforcement, and his request for a police presence at a public forum in 2018, helped to make him a target for a potential primary challenger.

There is at least one other local primary contest expected next year: political operative Matt Rogers announced this summer that he will be challenging Del. Patrick Hope (D-Va.) in the June Democratic race.

Photo via Karishma Mehta for Virginia/Facebook