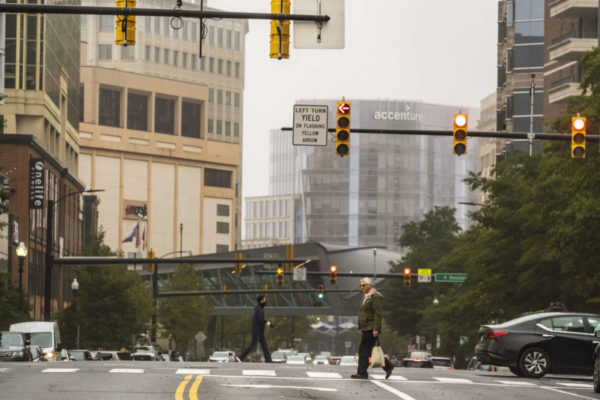 Expensive Bike Parking Spaces — “Metro has spent nearly $20,000 per bike parking space at three bike facilities, the Office of the Inspector General (OIG) has found. Metro has spent over $5.9 million on the construction of 304 bike spaces at the three facilities… located at the College Park, East Falls Church and Vienna Metro stations.” [NBC 4]

Short Waits to Vote in Arlington — “Eager to avoid waiting in line while casting an early ballot? Try to avoid peak times and you should be fine. ‘Wait times are minimal,’ said county elections chief Gretchen Reinemeyer, with the exception of early morning and occasionally at lunchtime. Other than that, voters have been experiencing waits of 10 minutes or less, and ‘most people are just walking straight in to vote,’ she said.” [InsideNova]

Voters Flocking to Ballot Drop-Boxes — “Arlington has set up nine dropboxes for the secure collection of ballots at points across the county, representing another option for those who neither want to vote in person nor wish to trust the U.S. Postal Service with their ballots. That network has proved ‘very popular,’ Arlington elections chief Gretchen Reinemeyer said.” [InsideNova]

Local Nonprofit Featured on GMA — “Lights, camera, action! We had a wonderful experience filming with the Good Morning America team last week. The piece aired early this morning… We were thrilled by an unexpected and very generous gift from Amazon.com to help our residents weather the pandemic.” [Facebook, Vimeo]

Police Investigation Bill Signed into Law — “Gov. Northam has signed my bill (HB 5072) to empower the Atty Gen to conduct ‘pattern or practice’ investigations of police forces that appear to be violating constitutional rights, such as patterns of excessive force, illegal searches, or racially biased policing.” [@Lopez4VA/Twitter]

Pupatella Now Available for Delivery — “UBER EATS Now available at all locations – DC (Dupont Circle), both the Original Wilson Blvd spot and South Arlington, as well as Richmond too! We’ve partnered up with UberEats to bring you some of the best pizza around.” [@PupatellaPizza/Twitter]

Local Beer Biz Figure Dies — “Ben Tolkan, a popular figure in DC’s beer industry who was the subject of a Washingtonian feature story, died late Saturday night after a five-and-a half-year battle with cancer. He was 37.” Tolkan is survived by his wife, Abby, an Arlington County public school teacher. [Washingtonian]