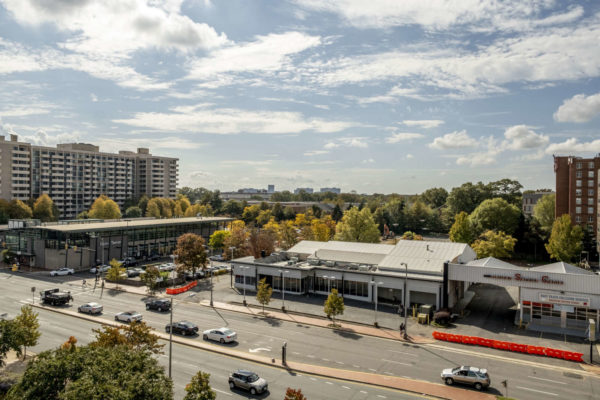 (Updated 12 p.m. 02/24/21) Early stages of construction have started on the future site of a new Harris Teeter, three apartment buildings and a new green space in Ballston.

“The project has started, but it’s going to start in full force in the next couple of months,” Senn said.

The construction kicks off the first of three phases of development of the site. In phase one, a new 310-unit apartment building with a new Harris Teeter space on the ground floor will replace the former American Service Center building and Mercedes Benz dealership lot. During this phase, customers will still have access to parking and the current Harris Teeter, which was the company’s first in Virginia. 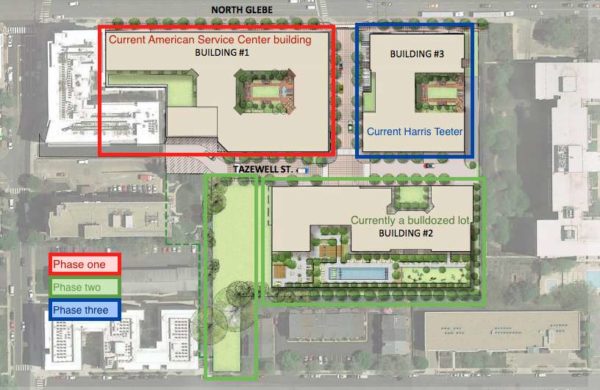 “Our goal is to keep Harris Teeter up and functioning and convenient for the customer and keep accessibility and parking like it is,” Senn said. “That’s the driving force behind this.”

Southeastern is trying to avoid disruptions especially during the holiday months, which are the busiest for grocery stores, he said. 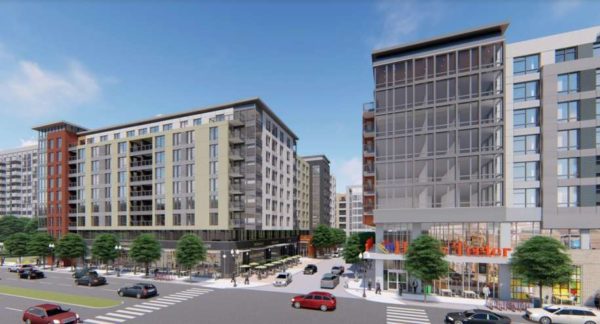 During the second phase, the old Harris Teeter will be demolished for new temporary surface parking. The second apartment building, with 195 units, and the public open space will be constructed in phase two.

In the third phase, the temporary parking lot will become the third apartment building: a 227-unit residential building with retail on the ground floor and two levels of below-grade parking.

With architects, mechanical engineers and electrical and plumbing engineers out of the office due to the pandemic, progress on the project has been slower, but people are working hard to keep it on track, Senn said.

“We’re on schedule to do the work as we had anticipated prior to COVID-19,” he said.

The County Board approved the three phases of work at 600 N. Glebe last year. Senn said the entire complex should take six to seven years to build.

“It’s a great project,” Senn said. “Hopefully, after COVID-19, it’ll be social-gathering place for the community.”

The park will include a pedestrian path, a dog run, a picnic area, as well as natural vegetation to support pollinator insects and birds.

In April 2019, the developer bumped the number of housing units in the project from 700 to 732, cut some parking spaces and announced its intention to seek LEED Silver sustainability certification.