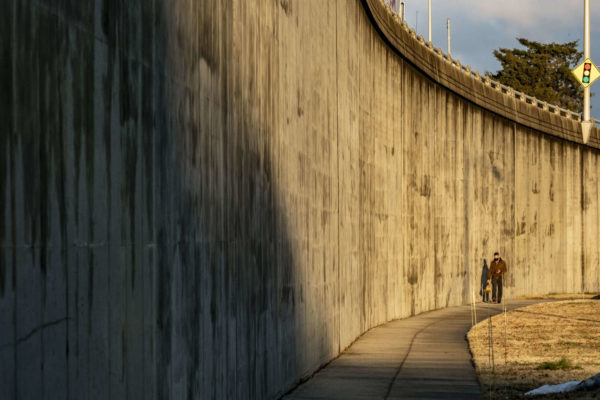 Track Team Denied Trip to State Tourney — “High-school track and field competitors from across the commonwealth’s largest jurisdictions will descend on Virginia Beach March 1 for the Virginia High School League’s Class 6 boys and girls indoor state-championship meets. But Arlington athletes will not be among them. County school leaders have denied permission for teams to make the trip, citing health concerns about the ongoing high level of COVID infection in that part of Virginia and other factors.” [InsideNova]

County Employees Getting Vaccinated — “Arlington government leaders have decided that the entire county-government workforce qualifies as essential for ‘continuity of government,’ which bumps them ahead of several other groups as well as the general public in COVID-vaccination priority. County-government officials last week confirmed to the Sun Gazette that its entire workforce will be part of Virginia’s ‘Group 1b,’ placing them ahead of approximately 50 percent of the state’s population.” [Sun Gazette]

HQ2 Sparks Park Debate — “[Nearby residents] worry even the large parks Amazon is promising will feel more like playgrounds for the company’s workers than community assets, pressing Arlington County officials to invest and ensure public ownership of green space in the area. And in a section of Arlington where some neighborhood groups have raised persistent complaints about a lack of community parks over the years, the issue seems certain to dominate debates about development for the foreseeable future.” [Washington Business Journal]

Local Food Biz Profiled — From the Ballston Business Improvement District: “After years of learning and cooking with their families, Andrea and Bryant created Bee J’s Cookies in April 2020 to share their gift with others.” [Twitter]

Arlington Org Helped Thousands with Food Needs — “AHC Inc., a premier provider of affordable housing communities in metro D.C., sprang into action last spring to help residents suffering from the effects of the pandemic. In 2020, AHC’s Resident Services team with support from the property management arm, AHC Management, has provided substantial food and financial assistance to more than 3,000 families in Maryland and Virginia.” [AHC Inc.]

‘Cyber Flashing’ Bill Killed — “Fear not, creepy Virginia dudes — you can still legally send an unsolicited picture of your genitals to people. For now, at least. A bill that would ban cyber-flashing in Virginia was killed last Wednesday. Cyber-flashing is when someone sends unsolicited explicit photos to another person, and the bill proposed to make it a misdemeanor.” [Washingtonian, Virginia Mercury]