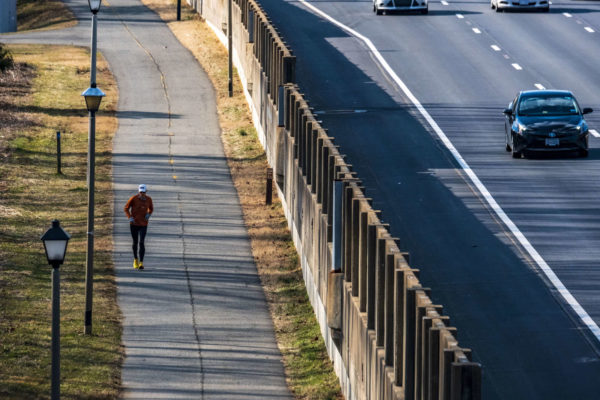 County Offering New Walk-Up COVID Testing — “Arlington County is launching a mobile, no-cost to patients, walk-up testing service in partnership with Quest Diagnostics. The mobile testing command center will open Tuesday, March 9, at 1429 N. Quincy Street, replacing the current drive-through testing site at that location. It will operate at that location for two weeks, Monday-Friday from 9 A.M – 4 P.M. Then it will move to new locations on a two to three-week rotational basis to offer walk-up COVID-19 testing throughout the County.” [Arlington County]

BID: National Landing is ‘Over-Parked’ — “Right now, we’re over-parked. We [were] originally built during a period that prized the automobile, but we were also fortunate enough to grow into a Metro system, and a number of other modes opened up possibilities for growth and development that are truly sustainable. What we’re seeing with new development is a ticking down of parking requirements. So we are focused on being a transit-oriented community, a multimodal community. The future is not cars.” [Smart Cities Dive]

County to Extend Ground Lease on Its HQ — “Arlington County and JBG Smith (JBGS) have entered into a letter of intent to restructure the ground leases of 2100/2200 and 2300 Clarendon Boulevard and the theater parcel in the Courthouse Plaza complex. The County owns the land under these three properties while JBGS owns the buildings. The LOI agreement states the County will provide JBGS the option to extend the leases from the current expiration in 2062 to 2119. Under the current leases, annual rent paid by JBGS to the County has varied significantly, ranging from $100,000 to $3.9 million. The new agreement would modify the annual lease payments to fixed rates and will include a one-time lump sum of $18 million paid by JBG Smith upon execution of the leases.” [Arlington County]