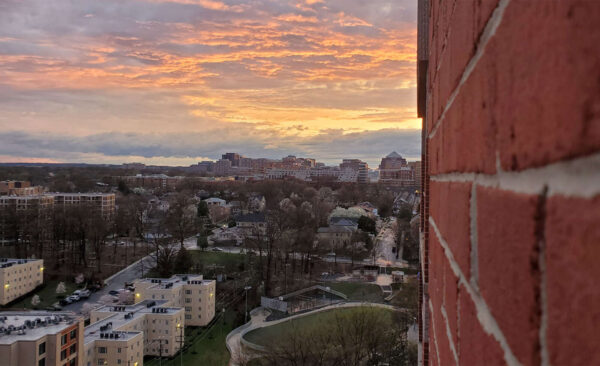 Va. ‘Seals Deal’ for Rail Expansion — “Virginia finalized agreements Tuesday with CSX, Amtrak and Virginia Railway Express as part of the state’s $3.7 billion passenger rail expansion program that seeks to relieve a rail bottleneck and get more commuters onto trains. The signing of agreements advances a pledge Gov. Ralph Northam (D) made in December 2019 to significantly grow passenger rail service this decade by building a new rail bridge over the Potomac River, adding new track in the Washington-Richmond corridor and buying hundreds of miles of passenger right of way from CSX.” [Washington Post, Twitter]

Affordable Housing CEO Retiring — “Longtime CEO of the Arlington Partnership for Affordable Housing Nina Janopaul will retire June 30, 2021, after a remarkable 14-year career at the helm of the organization, leading APAH through a period of transition and rapid expansion. The APAH Board has appointed Executive Vice President Carmen Romero to lead APAH into its ambitious next phase of growth and service.” [Press Release, Twitter]

New Restaurant Fighting for Funding — “Andrew Darneille had a sense of deja vu when he clicked on the link from his certified public accountant. It led him to a page that said, in essence, that the Restaurant Revitalization Fund would not be the lifeline he had hoped for. Based on the fund’s grant calculations buried in the larger $1.9 trillion American Rescue Plan Act, his Smokecraft Modern Barbecue in Arlington, Va., would not get a cent in federal relief during a pandemic that has left many restaurateurs hanging by a thread.” [Washington Post]

No GOP County Board Candidates Yet — “The Arlington County Republican Committee remains on the hunt for a candidate or candidates to challenge for the one County Board seat on the November ballot. ‘We have had people reach out to us,’ party chairman Andrew Loposser said on March 24, though none has yet stepped forward publicly.” [Sun Gazette]

Green Valley Church Helping with Vaccinations — “At Macedonia Baptist Church in Arlington, the sanctuary has sat empty since the start of the coronavirus pandemic… So when Harcum was recently approached about a new vaccine equity partnership with Arlington County and Neighborhood Health, he said he was happy to offer up space inside the church.” [WJLA]