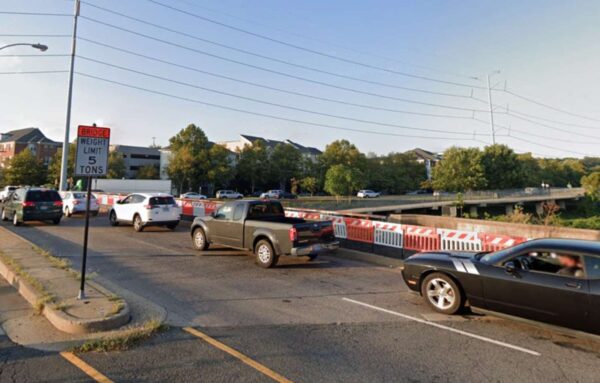 This Saturday, the Arlington County Board is set to approve a $9.9 million contract that would kickstart the project. Improvements include replacing the top of the bridge, repairing its supports and making it more pedestrian- and cyclist-friendly.

According to the county, the bridge is in poor condition and requires attention soon. The bridge has been restricted to vehicles weighing fewer than five tons since a routine inspection in November 2018 uncovered structural problems.

The bridge “needs immediate superstructure replacement as further deterioration of the beams may result in bridge closure for [an] extended period,” a staff report said.

W. Glebe Road Bridge will remain open to vehicles and pedestrians during construction, which is expected to last 18 months, the county said, adding that extra time is needed to move underground utilities. 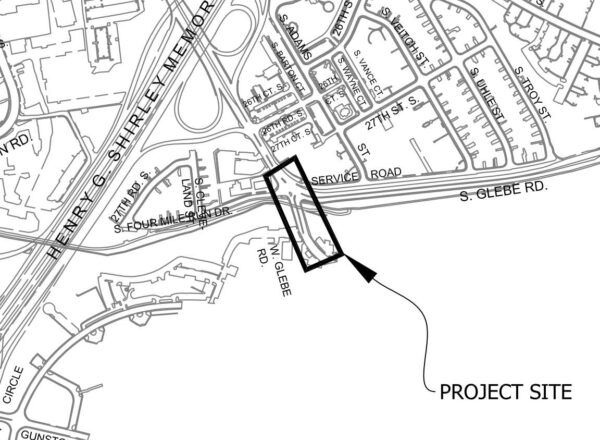 This bridge is the first to be rebuilt as part of an agreement between Arlington and Alexandria to share the costs of rehabilitating and maintaining five bridges across Four Mile Run which connect the two jurisdictions. Once the repairs are complete, Arlington will be fully responsible for inspecting and maintaining the W. Glebe Road Bridge.

The next bridge slated for attention is Arlington Ridge Road, which needs to be repaired in two to five years, according to the county. Other bridges in the agreement are at Shirlington Road, Route 1 and Potomac Avenue. 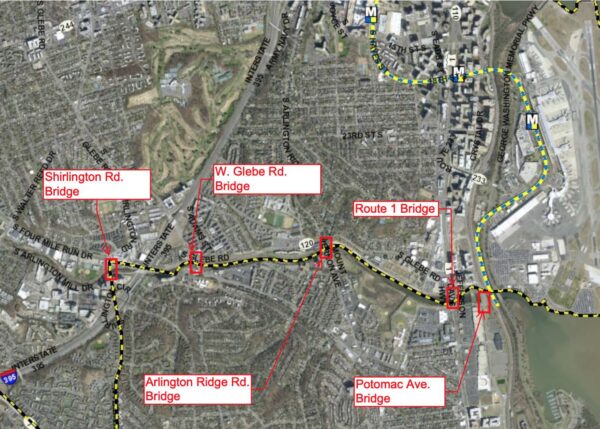 The county said it has received community feedback in favor of replacing the bridge, adding separate areas for pedestrian and bicycle traffic and incorporating art.

Such art elements would “connect the design of the bridge to Four Mile Run and the communities that live in the area,” the report said.

According to the county, some people voiced concerns about the length of the project. A shorter build time would require closing the bridge, staff said.

“The public prefers the bridge remain open during the construction period,” the county said.