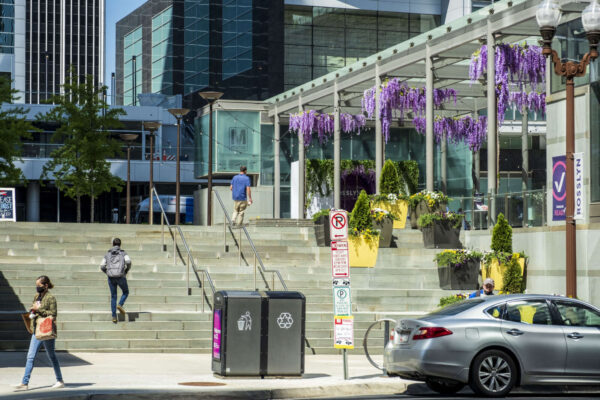 Vote By Mail in June Primary — From Arlington’s elections office: “More than 3,900 mail ballots for the June 8 Democratic Primary are on their way.. Deadline to request a mail ballot: May 28 @ 5 p.m.” [Twitter]

Local GOP Holding Online Meeting This Month — “The chairman of the Arlington County Republican Committee is anticipating face-to-face gatherings in coming months, but for now is sticking with an online format. ‘I am looking forward to holding in-person meetings again in the very near future,’ GOP chair Andrew Loposser said in an April 21 e-mail to the party rank-and-file. The e-mail noted that the monthly meeting set for April 28 would be held online via Zoom.” [Sun Gazette]

Arlington Native Named Head Basketball Coach — “Loyola women’s basketball has named Danielle O’Banion the program’s 12th head coach. The Arlington, Virginia native who played at Boston College, most recently was an assistant at Minnesota. She takes over for Joe Logan, the program’s all-time winningest coach who was relieved of his duties after the 2020-21 season. The Greyhounds finished 0-13.” [Fox 45]

Fundraiser for Murder Victim’s Family — “The family of Hernan Leiva, who was killed in a parking lot in the Skyline area of Bailey’s Crossroads April 17, launched a GoFundMe site to raise funds to help with funeral costs. Leiva, age 58, worked at the Target in Skyline. He was attacked by a coworker when he arrived at work early Saturday morning.” [Annandale Blog]