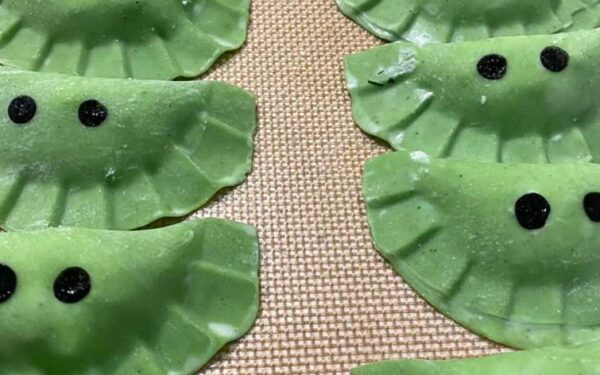 Ballston Quarter’s Zofia’s Kitchen (4238 Wilson Blvd) is cooking up a limited edition batch of Star Wars-themed snacks, and missing out would be a Wookie mistake.

The restaurant is operating with limited staff but said in a press release that they decided to go all in on “May the Fourth” — a sort of quasi-holiday for Star Wars fans on May 4 rooted in a “May the Force be with you” pun.

“Zofia’s has decided to embrace its inner culinary nerd by going all-out for the International Geek Holiday that is May the Fourth by offering limited edition pierogi made a long time ago in a galaxy far far away,” the restaurant said. “Available 8 to an order, Steamed, sauteed, fried or frozen in carbonite by request.”

A half dozen special menu items are listed for the week.

“This deal is available for a limited time,” the restaurant said. “We’ve altered the deal by offering it May 3-7. Pray that we don’t alter it further.”

The restaurant is open for dine-in, pick-up or delivery from 11 a.m.-9 p.m. If you’re trying to find it in Ballston Quarter: this is the way.