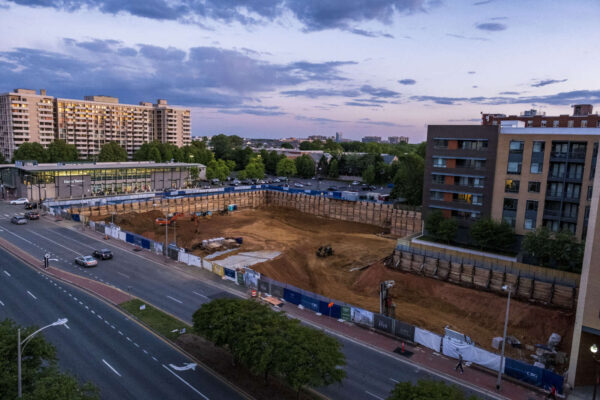 Man Sentenced for Drunken Gunfire — “The Weedsport [New York] man arrested for publicly firing a gun in the Washington area days before the Jan. 6 Capitol attack was sentenced April 28 in Arlington County Circuit Court. Moses Geri, 39, was sentenced to two years in prison, with one year and eight months suspended… His sentence was issued days after the court rejected a previous plea agreement that would have made all 12 months of Geri’s probation unsupervised.” [The Citizen]

New Apartment Tower Now Leasing — “Leasing has begun at Aubrey, the first of three high-rise residential buildings at the Highlands, a mixed-use development in the Rosslyn-Ballston corridor in Arlington, Va. Under development by Penzance, the 23-story-tall Aubrey building at 1788 N. Pierce St. includes 331 one-, two- and three-bedroom apartments. Evo, the second apartment tower, is anticipated to begin leasing this summer. The third tower is the Pierce condominium, which is selling now.” [Washington Post]

Big Motorcycle Rally Back On — “Things are coming together for a major Memorial Day weekend motorcycle rally. It now has an official starting area and it looks like more bikers could be coming. ‘At the very last minute, the mayor came through for us,’ said Joe Chenelly, executive director of AMVETS. The veterans service organization is arranging the ‘Rolling to Remember’ event, which is the successor to ‘Rolling Thunder.'” [WTOP]