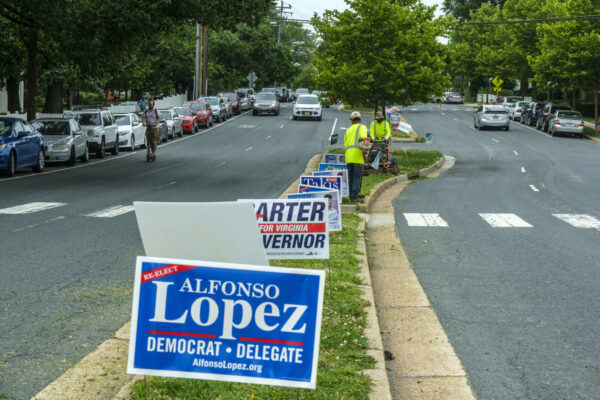 Arlington House’s Hidden History — “On Tuesday, the historic mansion in Arlington National Cemetery reopens after a renovation that has recaptured the glory of the house, along with clues to the secret lives of the enslaved Black people who were the main occupants of the land where it stood.” [Washington Post, NBC 4]

Developer Looks to Expand in Arlington — “One of JBG Smith Properties’ top executives handling the company’s massive Arlington portfolio — and its relationship with Amazon.com Inc. — has jumped to another developer. Longtime JBG Smith Executive Vice President Andy Van Horn made the move to Dweck Properties on May 17… he aims to transform Dweck from a small family company with a focus on apartment management to an active developer of properties in National Landing,” [Washington Business Journal]

Smash and Grab Theft in Pentagon City — “At approximately 6:57 p.m. on June 5, police were dispatched to the report of a larceny. Upon arrival, it was determined that the two male suspects entered the business, smashed the glass display cases containing merchandise, stole several items and fled the scene in a waiting vehicle.” [ACPD]

County Board Resumes In-Person Meetings — “After more than a year participating in meetings largely from their own rec rooms or similar spaces, Arlington County Board members will be back on the dais later this month. ‘The board is looking forward to holding board meetings and interacting with the community in-person safely and responsibly,’ County Board Chairman Matt de Ferranti told the Sun Gazette.” [Sun Gazette]

Baby Deer Found Near Fire Station — From the Animal Welfare League of Arlington: “This tiny (and we really mean tiny) fawn was found in the parking lot of a local fire station. Due to his location and condition, our officers knew they had to step in and help this little guy. He is now safe and sound with a local wildlife rehabber!” [Twitter]

GOP Questions Dem Caucus — “A key leader of the Arlington County Republican Committee last week mused publicly whether the powers-that-be of the Arlington County Democratic Committee put their thumbs on the scale to help a School Board candidate across the finish line. The Democratic leadership, in response, said the GOP attack line is based on a faulty supposition.” [Sun Gazette]

Masks Still Required Inside APS Buildings — “Fully vaccinated individuals may now remove their masks when outside on school grounds and are exempt from quarantine if identified in contact tracing. Masks are required for everyone while inside our facilities and schools. These measures are subject to change as we anticipate additional revised guidance for schools prior to the start of the new school year.” [Arlington Public Schools]

Man Clinging to Side of Overpass Stops Traffic — “I-66 and a portion of N. Glebe Road [are] currently blocked due to a man who was hanging off the side of the overpass. The man is now in police custody and the roads are reopening.” [Twitter]