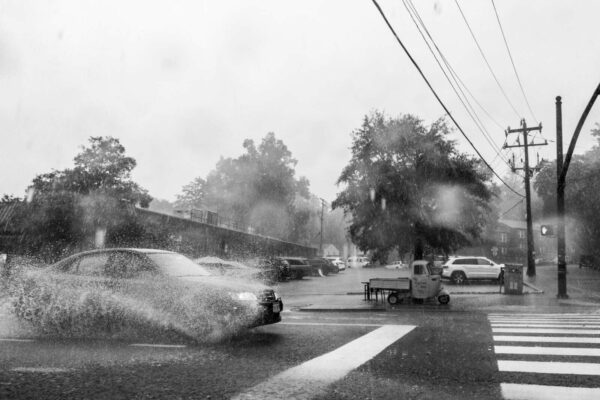 Update at 1:50 p.m. — In addition to the Flash Flood Watch, a Severe Thunderstorm Watch was just issued for the area. Damaging winds, hail and torrential downpours are possible, forecasters say.

The National Weather Service has issued a Flash Flood Watch for Arlington and much of the region. The watch is in effect starting at 2 p.m. this afternoon, until early morning Sunday.

A Flash Flood Watch is in effect for the DC/Baltimore metro areas and NE MD from 2 PM Saturday to 2 AM Sunday. Visit https://t.co/mmugHm40M2 for safety tips during potential flood events. pic.twitter.com/q3P11a3jRq

* Multiple rounds of thunderstorms are expected Saturday afternoon through Saturday evening, potentially lingering into early Sunday morning. Localized rainfall amounts of up to 1-2 inches per hour will be possible at times. Total rainfall amounts of 1-3 inches, with locally higher amounts possible.