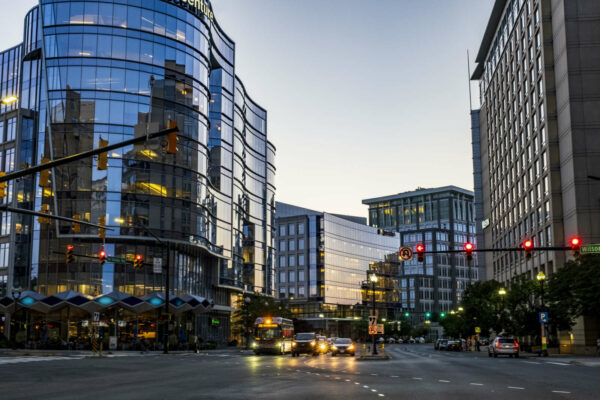 Langston Blvd Plan Meets Resistance — “Following this May’s release of area planning maps and a presentation on density from consultant AECOM, a furious screed was published by Lyon Village Civic Association president John Carten. Though the process is still in the community engagement phase that precedes concrete recommendations, the hint of possible changes in the General Land Use Plan prompted the Lyon Village group to predict a parade of horribles.” [Falls Church News-Press]

Online Fundraiser for Fallen Officer –” The family of George Gonzalez started a memorial fund Sunday for the Pentagon Force Protection Agency officer who was fatally wounded Tuesday on the platform of the Pentagon Transit Center… By 3 p.m. on Monday, the GoFundMe campaign had already raised $15,000, outstripping its original goal of $1,000.” [Patch, GoFundMe]

Local BBQ Joint Competing in ‘World Championship’ — “Arlington’s Smokecraft Modern Barbecue… has been invited to compete in the Jack Daniel’s World Championship Invitational Barbecue.  Taking place in Lynchburg, TN on on October 8th and 9th, ‘The Jack’ as it is known, is widely considered the world’s most prestigious barbecue competition.” [Press Release]

Va. AG Continues to Fight Robocalls — “Attorney General Mark R. Herring today urged the Federal Communications Commission (FCC) to fight back against the scourge of illegal robocalls by moving up the deadline for smaller telephone companies to implement caller ID technology. Attorney General Herring joined a bipartisan coalition of 51 attorneys general have in submitting comments to the FCC.” [Press Release]

Pentagon to Require Vaccinations — “The Pentagon will require members of the military to get the COVID-19 vaccine by Sept. 15, Defense Secretary Lloyd Austin said in a memo on Monday. About 64% of active duty military members are fully vaccinated, a low enough rate to pose concern for potential outbreaks and international deployment.” [Axios]