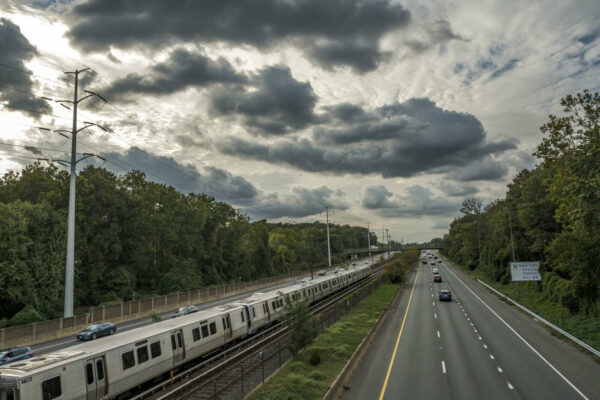 Running Store Coming to Pentagon City — “Federal Realty Investment Trust has leased the last bit of vacant retail space at Westpost, the 14-acre mixed-use development a short walk from where Amazon.com Inc.’s new headquarters buildings will stand. The leases put the roughly 297,000-square-foot retail center on course to be fully occupied in the first half of 2022 after a handful of notable vacancies, including the nearly 34,000-square-foot former Bed, Bath & Beyond to be replaced by a Target store, and the roughly 4,500-square-foot space where Road Runner Sports will replace a shuttered Unleashed by Petco.” [Washington Business Journal]

Library Seeking Latino History Donations — “Over the last three decades, Arlington’s Latino community has rapidly grown and stockpiled a wealth of history. And this week, librarians and historians at the Center for Local History at Arlington Public Library are asking for donations of documents to archive the county’s Hispanic history. The project is called Re-Encuentro de Arlington Latinos.” [WTOP]

Rock Climbing Gym Goes Green — “Earth Treks Crystal City prides itself as a rock climbing outlet for people living in a metropolitan area and the business in northern Virginia hopes its roots in rock climbing can bring forward better environmental practices… Earth Treks announced recently its partnership with a Virginia company that allows its climbers to bring in old and rundown equipment — shoes, water bottles and harnesses — which will be reused in a variety of ways, including to make dog harnesses.” [WUSA 9]

Synetic Returns to Theater — “Last night night found me in Crystal City, where Synetic Theater was back in its performance venue for the first time since the pandemic, staging a production of ‘The Madness of Poe…’ Performers were not masked, a nice change after recent experiences with a number of troupes who use Arlington Public Schools facilities and are not allowed to let their actors, though all vaccinated, go without masks.” [Sun Gazette]

New Commuter Bus Service Funded — “The Northern Virginia Transportation Commission plans to fund a new express bus service, part of efforts aimed at reducing congestion connected with Interstate 66 and the Beltway. The commission approved a plan yesterday to fund the bus service with over $5.1 million for two years. Routes would run from the Reston South Park and Ride lot to key destinations in Arlington County that include the Pentagon, Pentagon City and Crystal City.” [Reston Now]

More Studies for Route 7 Bus Route — “A regional study of the proposed bus rapid transit (BRT) route from Tysons to Alexandria is moving into a new phase that will assess options through the Seven Corners area. The Northern Virginia Transportation Commission voted last night (Thursday) to approve a contract for the fourth phase of its Envision Route 7 mobility analysis study.” The bus might also make a stop at the East Falls Church Metro station in Arlington. [Tysons Reporter]