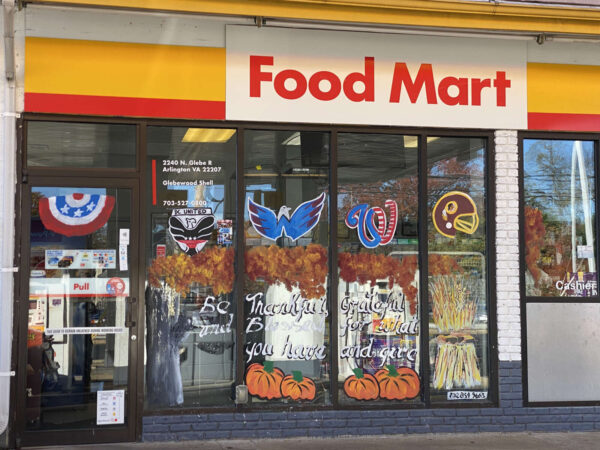 Fundraiser for Man Killed in Crash — An online fundraiser for Stevan Zikic, the 26-year-old Alexandria man killed when he collided with a school bus while riding a motorcycle in Arlington’s Green Valley neighborhood, has raised nearly $35,000 for “overseas transportation and funeral costs.” [GoFundMe]

County Board Approved Pike Plan — “The County Board voted 5 to 0 to approve zoning updates that will help realize the vision of Columbia Pike as a walkable ‘Main Street’ by providing greater flexibility for commercial, office, light industrial, and agricultural uses–including animal boarding and craft beverage production — on ground floors along the Pike.” [Arlington County]

Public Art Plan OKed — “The Arlington County Board voted 5 to 0 today” — despite some last-minute opposition — “to approve an update to the Public Art Master Plan (PAMP) that will better serve placemaking efforts and improve the quality of public spaces around the County. The update, which is part of the County’s overall Comprehensive Plan, details the vision and guiding principles of public art in Arlington and sets priorities and themes centered around goals to integrate, expand, connect and engage through public art installations around the County.” [Arlington County]

Unhoused Taking Up Residence Under Bridge — “Eight months after the W&OD bicycle-pedestrian bridge opened at the Arlington-Falls Church border, members of our homeless population have gravitated there… I’m told by Kurt Larrick, assistant director of the Human Services Department. ‘Our outreach teams,’ which include PathForward volunteers, ‘are making regular visits.’ On Oct. 15, they spoke to two men sleeping at the base of a footing for the bridge. They didn’t seem interested in services now but agreed to discuss the possibility when reminded of the location’s vulnerabilities.” [Falls Church News-Press]

Beyer ‘Falling Short’ in Fundraising — “Let’s say you’re independently wealthy, well-regarded by most constituents (even from the opposition party) and occupy a district so reliably Democratic that the only way an incumbent could possibly lose the seat is via a scandal… What would you be doing? If you were U.S. Rep. Don Beyer (D-8th), you’d still be asking supporters to send you money.” [Sun Gazette]

Two Men Beaten in Crystal City Area — “Victim One was inside the business in line at the register behind the suspect, when the suspect allegedly turned around, struck him in the face, exited the business and verbally threatened him from outside. A short while later, Victim Two attempted to enter the business when the suspect, who was still standing outside, allegedly struck the victim in the back of the head with a blunt object before fleeing the scene on foot. Arriving officers located Victim Two outside of the business with a large laceration on the back of his head and administered aid until medics arrived on scene.” [ACPD]

Here Comes the Flu — From Virginia Hospital Center ER chief Mike Silverman’s latest social media post: “Our COVID isolation numbers in the ED have been pretty stable over the last 3 weeks. We’re better than a month ago but we continue to have a steady number of patients who require our COVID isolation protocol. Hospital wide, our inpatient census is up a touch from last week and our overall percent positive rate for the hospital is also up a bit. We are starting to see just a sprinkling of flu cases over the last month. It’s not too late to get your flu shot.” [Facebook]