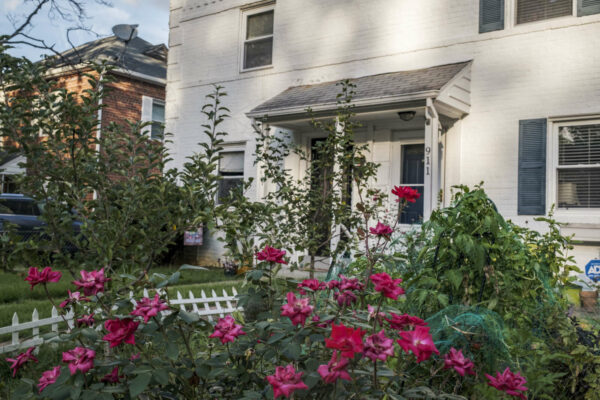 Arlington’s planning division is looking to change the definition of a “family” in the county’s zoning code.

Housing planners say this would stop potentially exclusionary housing practices that discriminate against larger groups of unrelated residents who live together in order to afford staying in Arlington, where home prices and property taxes are rising and there’s a shortage of affordable housing options.

Currently, Arlington’s Zoning Ordinance says up to four unrelated people living together — including “servants,” in a peculiar anachronism — can constitute a “family.” The Department of Community Planning, Housing and Development staff intend to review and possibly write an alternative definition that eliminates the four-person cap.

The code also defines “family” as: a single person living in a household; two or more people living together who are related by blood, marriage, adoption or foster care; or up to eight people who are elderly, sick or disabled living with staff or counselors in a state-licensed facility.

Planning Commission Chair David Weir says he welcomes CPHD’s intentions to do away with the “exclusionary, inaccurate terminology of ‘single-family’ and ‘multifamily’ homes.”

“It’s tempting, I think, to see this change as minimal or immaterial but it’s neither of those things,” he said during a joint CPHD-County Board work session last week. “The difference between zoning for families and zoning for households is as fundamental a matter as the right to choose the people with whom we share our lives, and zoning ordinances are lagging behind other fields of law — like, for example, family law — in recognizing this.”

Weir recalled when the late County Board member Erik Gutshall realized in a zoning meeting that his family of four probably lived in violation of county ordinances when they took in a foreign exchange student.

“A group of people who choose to share their lives in ways that don’t meet the Mayberry formalities must not for that reason alone be unwelcome in the definitions of the laws that shape how their homes are built,” he said.

County planners have recommended this change for a few years now, saying that people are choosing to live together to afford Arlington prices and access its schools and job opportunities.

“There’s been a rise in the number of non-traditional households living together for socio-economic reasons, such as pooling resources to find affordable housing near good schools or job centers,” county housing planner Joel Franklin said at a 2020 Tenant-Landlord Commission meeting. “For that reason, it was recommended to amend the zoning ordinance to be more inclusive of non-traditional families.”

That recommendation was in the 2019 draft Analysis of Impediments to Fair Housing, according to CPHD spokeswoman Erika Moore. The analysis concludes that the cap disadvantages residents who have been priced out of single-family homes.

“As the norms of the American family are shifting, it is apparent that single-family housing is less viable, increasingly unaffordable, and not achieving fairness and inclusion,” it says. “Placing restrictions on the number of unrelated persons living together but who function as a single housekeeping unit restricts housing choice for households comprised of persons living together for economic or other reasons.”

Changing or eliminating the four-person cap dates back at least to 2015, when the County Board adopted the Affordable Housing Master Plan, Moore said. The plan says a more flexible definition is one way the county can try to meet its affordable housing needs through 2040.

While making the change is on the agenda for CPHD, a new definition won’t come overnight.

Updating the definition would require the county to start a zoning study to examine alternative definitions and develop amendments to the Zoning Ordinance, Moore said.