The sister restaurant to Ballston’s Big Buns burger shop, Damn Good Burger served some of its first customers Wednesday and Thursday nights as part of a soft opening. As of midnight last night, the restaurant was closed but employees were still working on the finishing touches inside.

Located in the former Johnny Rockets space, Damn Good Burger will serve burgers, shakes and craft beer, among other offerings. The eatery is scheduled to open at 5:30 p.m. tonight (Friday).

Months after going on an apparent and indefinite “hiatus,” Ray’s Hell Burger appears to be officially leaving Rosslyn.

The restaurant at 1650 Wilson Blvd is now available for lease, albeit with the Ray’s awnings and signs still up, including one noting the hiatus.

Earlier this year, the Washington Business Journal reported that owner Michael Landrum wanted out of his lease on the spot, across the street from the redeveloping Wilson School site. That storefront was across from the original Hell Burger, which was visited twice by then-President Barack Obama.

Customers can still visit a Ray’s Hell Burger on K Street NW in D.C., as well as Ray’s the Steaks at 2300 Wilson Blvd in Courthouse. The latter received renewed praise from Northern Virginia Magazine earlier this year as one of its 50 best restaurants of 2017.

A Ballston-based burger restaurant hopes to open its second location in Shirlington early next year.

According to its website, Big Buns Damn Good Burgers & Bar will open at 4251 Campbell Ave in January. In the build-up to its opening, Big Buns is offering various gift cards to its new location, including a year-long membership for $150.

For $5,000, someone can buy free burgers for life and burger naming rights on an “epic new Designer Burger for Shirlington.”

“Oh it gets better, every time you visit Big Buns Shirlington to see your name and in the bright big burger lights, you eat for free, forever,” the website reads.

Big Buns — not to be confused with existing Shirlington bakery Best Buns — serves customizable burgers, “designer” burgers with pre-chosen ingredients and burger bowls, where the meat and toppings are served without buns.

Yesterday (Wednesday), owner Reese Gardner posted on the sports bar’s Facebook page that the steel columns and beams have been installed, and that it passed two of six county inspections.

“Once the rest of the structure is assembled and inspected we will be able to have a very clear timeline,” Gardner wrote. “Thanks for hanging with us.”

Construction Update:The steel columns & beams have been delivered and partially installed. We passed two of the six…

Posted by Dudley's Sport and Ale on Wednesday, December 13, 2017

A burger restaurant and bar is set to open a second location in Pentagon Row in the coming months.

Basic Burger hopes to open in the plaza at Pentagon Row (1101 S. Joyce Street) by the end of this year, next door to the Starbucks and facing the central square. Its first location opened in Courthouse last year.

And general manager Guillermo Castillo said the new location will have all those favorites as well as some new items like a new side salad, spicy chicken sandwich and between four and eight craft cocktails.

“We’re going to add to our menu, we’re not going to take away from it,” Castillo said.

Castillo said the new location will have around 1,200 square feet of outdoor seating with lighting, while two walls will be made of glass to give the whole restaurant what he called “an indoor/outdoor feel.”

Castillo said Basic Burger is “hoping and shooting for” a soft opening in December as a “bare minimum.” He said the full build-out will take around six or seven weeks once it has been prepared by the landlord.

After just a year in business, Castillo said Basic Burger’s expansion shows it is going in the right direction.

“Our first year was incredibly strong,” he said. “We’re fortunate: Arlington is really receptive to us… South Arlington, for us, is a market that we were looking to get into.”

Permitting applications filed with Arlington County show that the Big Buns Damn Good Burgers & Bar will move into 4251 Campbell Ave., its second location. Its first is at 4401 Wilson Blvd.

On its website, Big Buns — not to be confused with existing Shirlington bakery Best Buns — describes itself as being “[inspired] by a backyard party with killer burgers, ice-cold drinks and good friends.” It serves customizable burgers, “designer” burgers with pre-chosen ingredients and burger bowls, where the meat and toppings are served without buns.

There is no word on an opening date yet. On its website, Big Buns lists what appears to be its new location as “coming soon.”

When an ARLnow reporter stopped by on Thursday morning, construction crews were removing various items from Johnny Rockets, which closed in 2015, including a soda machine.

The restaurant is on the first floor of the Delancey at Shirlington Village apartment building, and across the street from Harris Teeter, the Shirlington Branch Library and Signature Theatre.

A new beauty store is set to move to Pentagon Row, reportedly as early as next spring.

Ulta Beauty is opening a 10,000-square-foot store at 1101 S. Joyce Street, replacing the Vitamin Shoppe and Lime Fresh Mexican Grill. The store will be close to Harris Teeter and Bed Bath & Beyond.

Washingtonian magazine reported late last month it will open in spring 2018. As of Thursday, construction crews were hard at work on the space.

Ulta is one of a number of businesses that have opened or are opening at Pentagon Row in the coming months. Signs nearby welcome the arrivals of the F45 Training gym, Club Pilates, Aabee Kabob, a Deli and Basic Burger.

Yes! We are excited to announce @ultabeauty is coming to The Row! 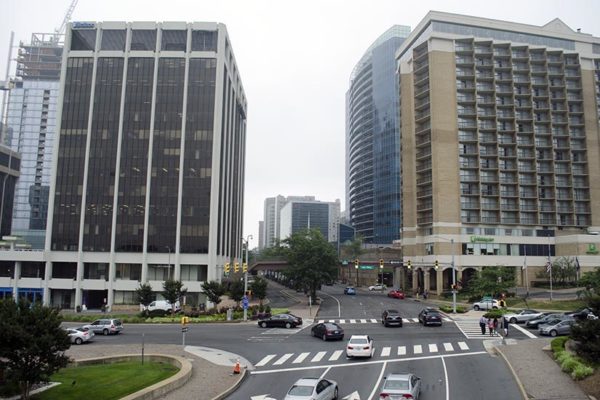 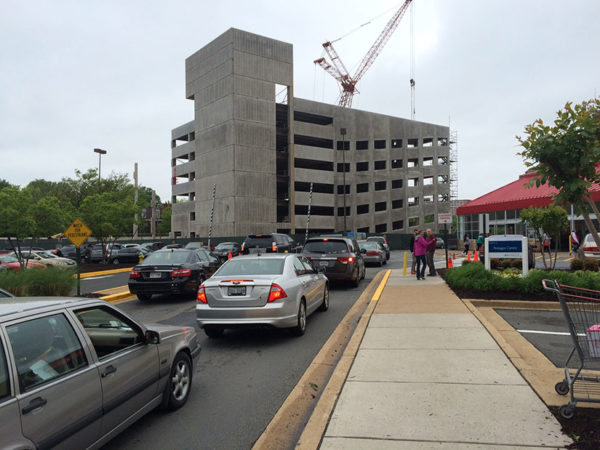 Clarendon Z-Burger to Get New Name — The Z-Burger location in Clarendon will be rebranded soon as part of a legal settlement between the founder and the former partners in the business. [Washington Business Journal]

Arlington Unemployment Remains Lowest in Va. — Arlington’s unemployment rate ticked up by a tenth of a percent in March, but remained the lowest in Virginia. The county’s unemployment rate is currently 2.7 percent, with just under 4,000 residents looking for work while 142,000 are employed. [InsideNova]

Foggy Morning Commute — Arlington and much of the region was under a Dense Fog Advisory this morning. [Weather Channel]

A slick new burger restaurant and bar has opened in Courthouse.

Located at 2024 Wilson Blvd, just down from the now-closed Wendy’s and up from Ray’s Hell Burger, Basic Burger opened for business on Monday. Its hours are 11 a.m.-9 p.m. Sunday through Wednesday and 11 a.m.-11 p.m. Thursday through Saturday.

The Burger King on Columbia Pike is getting a makeover.

Located at 3627 Columbia Pike, Burger King’s realm was looking a bit less-than-regal as of late. Over the past few days, however, workers have spruced up the interior.

More remodeling — including exterior changes — appears to be in the works.

During the interior renovation, the restaurant’s dining room was closed but its drive-thru remained open.

Exterior signage is up at the future Shake Shack at the Pentagon City mall.

The burger-and-shake restaurant is opening within a new, still under-construction expansion of the Fashion Centre at Pentagon City along S. Hayes Street. It’s the chain’s first restaurant in Arlington.

The mall’s website says Shake Shack “is expected to open as of 4/1/2016,” but a PR rep said that information is “inaccurate.” No updated opening date was immediately available. Initially, it was said that Shake Shack would open at some point this spring.

Other restaurants and stores coming to the expanded front entrance of the mall include:

Another new store at the mall, Garrett Popcorn, is currently said to be opening around June 1.