The county’s lone hospital rolled out plans last fall to add a seven-story outpatient facility and a 10-story parking garage next to its existing campus at 1701 N. George Mason Drive. The County Board approved a land swap last summer to make the expansion possible, trading a parcel of land near the hospital on N. Edison Street for a property along S. Carlin Springs Road, and VHC has spent the ensuing months hammering out designs for the new buildings.

Yet some of the hospital’s plans have drawn ire from neighbors and transit advocates alike, convincing the Board to push back any consideration of the expansion until the fall.

In a letter to the Board on July 23, Arlington Chamber of Commerce President Kate Bates called that decision “very disappointing,” and urged county leaders to lend the project an “expeditious approval.”

“The hospital is doing everything it can to accommodate the requests of neighbors and to honor good planning principles,” Bates wrote. “At this point, however, the cumulative effect of additional changes needs to be evaluated within the broader context of providing convenient, high-quality, patient-centered healthcare in a fiscally prudent way for the next 50 years.”

Bates argued in the letter that the hospital desperately needs the expansion to cope with Arlington’s growing population — VHC expects it’ll need an additional 85 hospital beds over the next five years to handle the county’s growth, and could use another 130 beds over the next 15 years. The hospital currently plans to convert around 120,000 square feet of existing outpatient space to 101 new beds once it can complete the proposed expansion.

Bates adds that “patients and visitors are frequently frustrated and unnecessarily delayed by current parking constraints” at the hospital, making the roughly 1,800 parking spaces in the new garage a key element of the plan as well. However, the garage has attracted some of the fiercest opposition of any element of the project, with neighbors worried about its size and staff and activists worried that it overly encourages driving at the expense of biking or transit options.

Yet Bates points out that VHC has already agreed to shrink the garage by about 200 spaces from its original proposal, bringing down its height to about 67 feet in all.

Furthermore, she wrote that the hospital has worked with the community to add more buffers and greenery to both 19th Street N. and N. Edison Street, demonstrating “a commitment to enhance the appearance and livability of the surrounding neighborhood.”

According to a VHC presentation at a May community meeting, the hospital is planning 27,000 square feet of buffers around the hospital’s perimeter, in addition to lots of green space on the property itself. In all, the hospital hopes to build a  11,000-square-foot entry plaza with a similarly sized “welcome garden” nearby, and a 9,000-square-foot courtyard complete with a “sunken garden” of tiered planters.

The hospital will also sketch out a “master plan” for the site to give the community a roadmap for its designs on future expansion efforts, including a push to someday buy more land for the redevelopment of its older buildings and the construction of a new “central power plant.”

In all, the Chamber sees this work as plenty of evidence that the Board shouldn’t press for any additional changes from the hospital and let the expansion move ahead quickly.

“Since the initial VHC project application, the hospital has made more than 100 modifications to the design in an effort to address issues raised by county staff and community stakeholders,” Bates wrote. “The Chamber respectfully requests that the Board prioritizes this effort and approves the VHC site plan application so this important project can move forward.”

Both the Planning Commission and the County Board are set to hold public hearings on the project in September.

The second phase of renovations at High View Park are complete, ahead of a ribbon-cutting ceremony Saturday (October 14).

The park at 1945 N. Dinwiddie Street in the Langston-Brown neighborhood received new restrooms and storage, a new picnic area, a new entrance from N. Dinwiddie Street, new paving, steps and bleachers for the basketball courts, a regraded field and new lights, trees and plantings.

The ribbon-cutting on the improvements is scheduled for noon on Saturday.

The Arlington County Board approved the second round of improvements in June 2016. In 2014, the John M. Langston Citizens Association and neighbors of the park collaborated to create a design concept for the second stage of the improvements based on the feedback from online surveys.

The first stage of improvements — which included a new play equipment, picnic areas and a path to the park’s amphitheater — were completed in May 2013.

February is Black History Month, and Arlington is holding an event to celebrate African-American culture. The 20th Annual Feel the Heritage Festival is taking place next Saturday, February 25.

The whole family can enjoy the free event at the Langston-Brown Community Center (2121 N. Culpeper St) from 12:00-5:00 p.m. Visitors can taste soul food and browse vendor displays while being entertained by various types of music and dancing teams, in addition to a comedian. Children’s activities such as arts and crafts, face painting and balloon art will keep little ones occupied.

On the more serious side, the “Hall of History” will display photos and artifacts from Arlington’s historically black neighborhoods, along with African Americans in the Civil War. There will be a WalkAbout of the Hall’s Hill/Highview area. Visitors can also take advantage of health services, from free screenings to flu shots.

Attendees can buy raffle tickets to win a vacation getaway. The winner receives two round-trip tickets to one of 40 destinations in Africa. 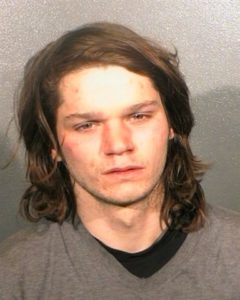 (Updated at 2:45 p.m.) A 22-year-old man has been arrested and has pleaded no contest to two tire slashing sprees in the Langston-Brown area.

Cameron Scott Fraley, of no fixed address, was arrested on Dec. 19, 2010, four days after allegedly slashing the tires on more than 30 cars near Glebe Elementary School and Virginia Hospital Center.

Fraley pleaded no contest to both charges, and was sentenced to 200 days in jail with all but 40 days suspended, according to court records. He was also assessed $356 in court costs.

The tire slashings came at a time when Fraley was facing a felony charge for possession of oxycodone. According to court records, Fraley was indicted by a grand jury on the oxycodone charge on Oct. 18. The first tire slashing was discovered early on the morning of Oct. 20.

The second tire slashing was discovered on Dec. 15, the same morning Fraley entered a plea. A pre-sentence hearing on Fraley’s oxycodone charge is scheduled for Feb. 18. 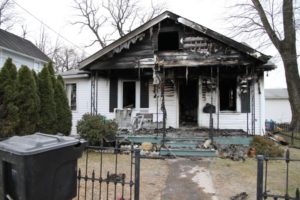 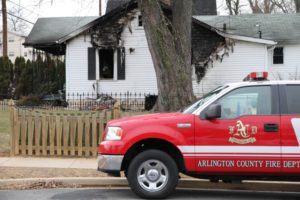 (Originally published at 7:56 a.m. Updated at 11:05 a.m.) The Arlington Fire Marshal’s office is investigating a blaze at a home on 22nd Street near North Edison Street and Lee Highway.

Authorities say they received the first call about the fire at 6:02 a.m. The flames was extinguished by 6:31 a.m.

Two people were taken to the hospital as a result of the fire, according to Lt. Gregg Karl of the Fire Marshal’s office. No word yet on the extent of their injuries.

Lt. Karl said there was “extensive damage” to the house. The Red Cross is assisting the family that lived in the house find a new place to stay.

In August, firefighters battled a fire at a vacant house on the 2100 block of North Edison Street, just two houses down from the house that caught fire this morning. Fire officials on the scene said that the August fire is still under investigation.

It was a pretty lousy start to the morning for a number of residents of the Langston-Brown neighborhood.

We’re hearing that the tires were slashed on more than 30 cars overnight. Investigators are on scene taking photos.

Among the streets hit were Culpepper Street and 19th Street, near Glebe Elementary School.

This incident comes less than two months after another tire-slashing spree in the same neighborhood. On Oct. 20 we reported that a vandal slashed the tires on 15-20 cars in the area.

We’re hearing that vandals slashed the tires on 15-20 cars in the Langston-Brown neighborhood overnight.

Among the streets hit were North Edison Street and North Culpeper Street, near Virginia Hospital Center and Glebe Elementary School.