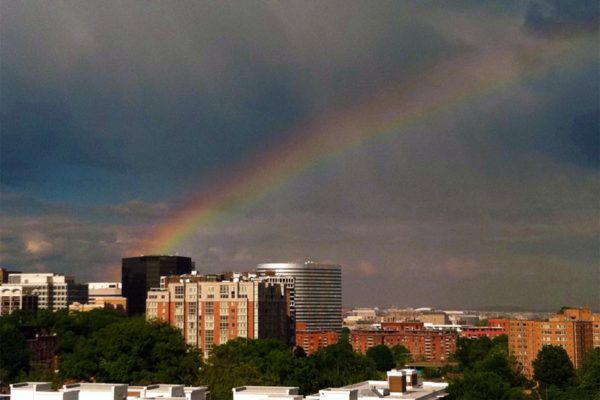 Arlington’s Modest Manager Reception — About a year ago, Arlington spent $600 to hold a reception for now-former county manager Michael Brown. By comparison to Savannah, Ga. — where Brown had held the position of city manager before jumping ship for Arlington — that reception seems like the pinnacle of modesty. Savannah is holding a reception for Brown’s replacement as city manager tonight. Locals are objecting to the fact that the reception — which includes keepsake wine glasses for guests — is costing the cash-strapped city more than $7,500. [Savannah Morning News]

New Pike Gym Selling Memberships — Xsport Fitness, a new 24-hour gym opening in July on the 2300 block of Columbia Pike, is selling $19.99 per month memberships out of a temporary office in the Siena Park apartment building. Xsport will be the second gym to open on the Pike this year, after World Gym opened in January on the ground floor of the Halstead apartment building. [Pike Wire]

There’s unease in the easy-going city of Savannah. The city’s search for a new city manager — made necessary after Arlington hired away now-former county manager Michael Brown — is not going as hoped.

After a ten-month nationwide search, candidates for the job include the current interim city manager and three former or soon-to-be former city managers who all left amid allegations of improper conduct

By contrast, it took a seven-month, $30,000 nationwide search for Arlington hire Brown, who was essentially fired four and a half months after he took office. Immediately after Brown was given the boot, former interim county manager Barbara Donnellan took over as the permanent county manager. Donnellan has remained an uncontroversial hire ever since.

If there’s now any objectively positive thought to take away from the whole lamentable Brown affair, it seems to be… at least we’re not Savannah. 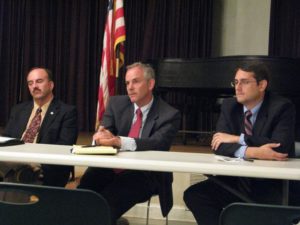 Republican Mark Kelly is hoping that the handling of county manager Michael Brown’s forced resignation will convince voters that more “diversity of opinion” is needed on the county board.

Last night, in an otherwise dry debate at the Lyon Village Civic Association’s general meeting, Kelly made the Brown issue central to his case against incumbent Democrat Chris Zimmerman.

“I want to give you one example that happened recently that I think points to the problem when one party controls every seat,” Kelly told the crowd. While saying that sometimes it’s necessary to fire people who aren’t working out, Kelly criticized the way in which board chairman Jay Fisette finally acknowledged that Brown did not simply resign for personal reasons.

“It took them a while to respond, and when they finally came clean about it, it was at the Arlington County Democratic [Committee] monthly meeting,” Kelly said. “I don’t think an announcement like that… should have been done at a partisan political meeting; I think that should have been done through official channels” like a press release or a press conference.

Zimmerman did not address the county manager issue during the debate, but he did respond to a reporter’s question afterward.

“I think that was the first opportunity [Jay Fisette] got” to talk about the county manager issue in a public forum, Zimmerman said. “It’s not like this is the White House, we just don’t go down to the press room and demand attention for a press conference.”

“I think the board did what it had to do,” Zimmerman continued. “We’re very fortunate we had [former interim county manager Barbara Donnellan] available to us… we didn’t have to do another search process.”

END_OF_DOCUMENT_TOKEN_TO_BE_REPLACED 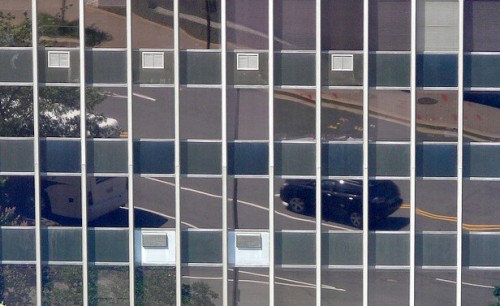 Happy Columbus Day — Normally-clogged commuter routes are clear as government employees and many private sector workers have the day off to celebrate Columbus’ discovery of the New World. Arlington government offices are closed, as are all library branches. It’s expected to be the hottest Oct. 11 on record in the DC area, so if you have the day off, get outside and enjoy it.

Blue and Orange Line Cut in Two, No Major Problems — Commutepocalypse didn’t quite go the way some media outlets expected. More from TBD.

Savannah Might Not Want Brown Back — Former Arlington County Manager Michael Brown may not be wanted back in Savannah, after all. The Savannah Morning News has compiled a list of four “discoveries about city operations” that have occurred since Brown left for Arlington. Among them: “More than $2 million in pay raises and special merit increases Brown awarded each year for the past three years.”

Meaningless Real Estate Data — Home sales are down in Arlington, but only if you compare it to one year ago when the federal government was offering generous real estate tax credits. Median home sale prices are up compared to one year ago. More from the Sun Gazette.

Protests at CAIR Convention — The Council on American-Islamic Relations held its national convention at the Marriott Crystal Gateway in Crystal City Saturday night. Outside the sold-out event, Tea Party leaders planned a protest against CAIR and Sharia law.

Former Arlington County Manager Michael Brown was asked to step down by the county board after it was decided he wasn’t a good fit for the county, Jay Fisette revealed for the first time Wednesday night.

Fisette, speaking at the Arlington County Democratic Committee’s monthly meeting, acknowledged that Brown’s sudden resignation and his $110,000 severance payout left more questions than answers last week. Video of the speech was posted on YouTube by the Blue Virginia blog.

“I understand some clarity is maybe required regarding the severance payment,” the county board chairman said. “I know there’s been some conversation in the community.”

The severance “was fully consistent with the terms of his contract, and was not discretionary,” Fisette continued, contradicting the official line that Brown resigned due to his wife’s health. (His contract included a clause that required a severance payment of half his $220,000 salary in the event of termination without cause.)

As for why the board dumped the executive it hired after a seven-month, nationwide search just four and a half months into his tenure, Fisette didn’t get into much detail.

“When the board determined that Mr. Brown’s fit with our organization was not what we had hoped for, Mr. Brown was given the opportunity to submit an official resignation letter to the county board,” he said.

As for Brown’s replacement, Fisette heaped praise on long-time county employee and former interim county manager Barbara Donnellan, who was sworn in as the county’s first permanent female county manager on Friday.

“We are very fortunate to have her at the helm, and she will do us all proud,” he said. 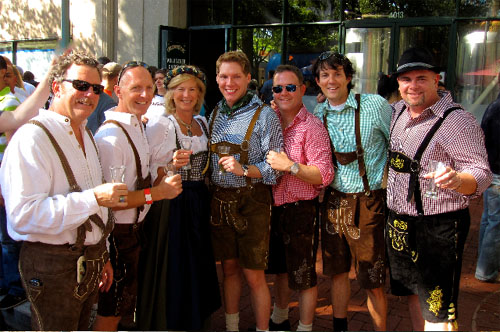 Savannah Wants Michael Brown Back — Now that Michael Brown has “resigned” as Arlington’s county manager, editorial writers are beckoning him back to his former job as city manager of Savannah, Ga. However, Savannah’s city council doesn’t seem too enthusiastic about his potential return.

Possible Measles Exposure at DCA — In an abundance of caution, Arlington’s health department is warning anybody who was in Reagan National Airport’s Terminal C from 8:45 a.m. to 12:30 p.m. on Sept. 23 that they may have come in contact with an individual who had the measles.

Arena Stage’s Crystal City Era Coming to a Close — Say goodbye to Arena Stage, which is leaving the Crystal City Underground for a newly-renovated, $135 million theater just across the river in southwest DC. But the Crystal City theater won’t be dark for long. Synetic Theater is moving in. More from Connection Newspapers.

The county board has voted to pay former county manager Michael Brown more in severance than it has paid him in salary.

Brown, who resigned after just four months on the job, will receive six months of his base salary — $220,000 per year — and compensation for unused leave as part of the approved severance package, according to Arlington County Director of Human Resources Marcy Foster.

The deal was first reported by the Sun Gazette’s Scott McCaffrey, who wrote that it “may cause eyebrows to rise.”

Foster said she couldn’t determine whether it’s normal to pay severance to a county executive who resigns voluntarily, since she could not recall any who have done so. She said that the board approved the severance package to help Brown with his transition back to Savannah.

Brown’s contract specifies that he was to receive six months of his base salary and compensation for unused leave in the event that he is “terminated by the Board without cause.” 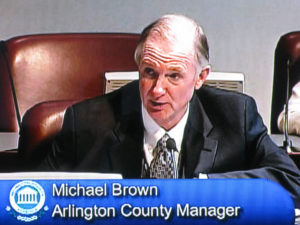 “I hearby resign the position of County Manager for Arlington County effective today,” Brown wrote. “This action is regrettable but necessary because of the health of my wife Linda Lee. I need to take time now to assist her.”

“Arlington is a fine community and I was pleased to serve here,” Brown concluded. “I wish you all the best in the future.”

County Board Chairman Jay Fisette said Brown will likely be returning to Savannah, where he was served as city manager for 15 years before coming to Arlington.

“He’s a real gentleman and we appreciate his efforts here,” Fisette said. “We wish him the best.”

Fisette says Donnellan, who has been with Arlington County for 27 years, will be able to “hit the ground running.”

“There will be no noticeable transition, nothing will fall through the cracks with Barbara,” he said. “She knows the organization inside and out… we are pleased to have someone of her capacity and ability available to step in.”

Despite an improving real estate market, Arlington could face up to a $35 million budget gap next year, according to a presentation by County Manager Michael Brown this afternoon.

Brown told the county board that his preliminary forecast anticipates a combined $25-35 million shortfall for the county government and the school system. Brown projects a slight increases in real estate assessments and in tax and fee collections. However, he says expenses are rising due to increasing student enrollment, new school facilities and high county personnel costs.

“Current revenue projections could require program cuts and revenue increases,” Brown said. That’s in addition to the past two years of budget cuts and tax hikes.

“We must continue to be extremely cautious fiscally,” Brown said. He will present his recommended FY 2012 budget to the board in February.

“I think it’s especially important at this time, which is very difficult for the economy, local governments and bond markets,” County Manager Michael Brown told board members while announcing the good news today.

“Not many communities can do that,” said board chairman Jay Fisette, who called the top rating “sacrosanct” and “a source of pride.”

Arlington is one of only 35 counties across the country that has a triple AAA rating. It allows the county to borrow money at the lowest possible rates.

Brown cited the county’s strong economic performance, deep reserves and good fiscal management as reasons for the renewal. The rating was granted despite the county moving forward with a $161 million bond referendum that, if approved by voters in November, will fund a new Wakefield High School, infrastructure improvements at Metro, and other major capital expenditures. Some fear that the larger-than-normal bond issue will hurt Arlington’s AAA status.

County Manager Michael Brown has withdrawn a controversial proposal to move the Columbia Pike library from the Arlington Career Center to the future Arlington Mill Community Center. Brown told the county board today:

I am withdrawing the proposal to relocate the Columbia Pike Branch Library. The library will continue to offer services at this branch, at its current location, with no change in scope or format.

We solicited public opinion on the staff proposal to relocate the Columbia Pike Branch Library to Arlington Mill. Staff met with Civic Association leaders, solicited comment through the County website and social media, and held a well-attended town hall meeting this week. Public sentiment was strong and clear: People are passionate about this facility in its current location.