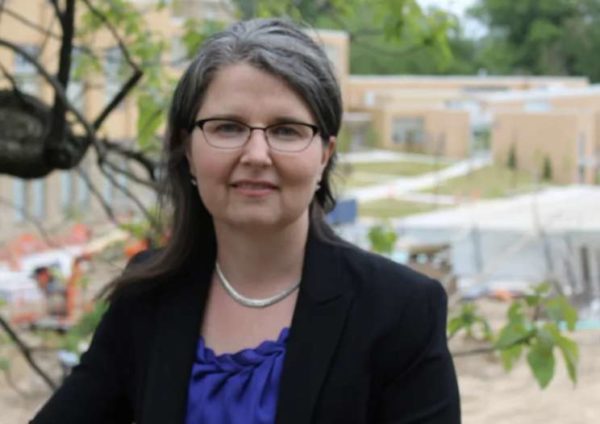 Former Arlington County Board member John Vihstadt has endorsed a fellow independent in the July 7 County Board special election.

The race, to fill the seat of the late Erik Gutshall on the Board, features three candidates: Democratic nominee Takis Karantonis, independent Susan Cunningham, and Republican Bob Cambridge.

Vihstadt, who won a historic victory in 2014 before losing his reelection bid in 2018, said in a statement today that Cunningham is a civic leader who will “bring a renewed focus on valuing what’s essential in an open, transparent, and equitable way.” Cunningham said she welcomed the endorsement and is committed to nonpartisan governance.

“I came to know and respect Susan’s community accomplishments during my County Board tenure. As demonstrated by her collaborative leadership on the Joint Facilities Advisory Commission (JFAC) and on the planning body for the renovated and expanded Dorothy Hamm (formerly Stratford) Middle School, she has a knack for bringing diverse minds together, cutting to the chase, and getting things done,” said Vihstadt.

Vihstadt continued, “We live in precarious times. Susan’s sober, well-informed and independent outlook on what local government can and can’t afford is exactly what the Board needs right now. She’ll speak truth to power and bring a renewed focus on valuing what’s essential in an open, transparent, and equitable way.”

“I am very proud to have earned John’s endorsement,” said Cunningham. “Like John, I’ll bring inclusive, non-partisan leadership, listen to all perspectives, and ask tough questions,” Cunningham added. “John proved that an Independent candidate can win in Arlington. Serving on the Board is not about advancing partisan agendas or political stepping-stones. It’s about doing what is right for all of Arlington — full stop.”

Cunningham’s campaign website — which adopts Vihstadt’s signature purple color — describes the Yale-educated mother of two as “a seasoned executive, entrepreneur, engineer, education reformer, and community leader” who “builds collaborative solutions that break through the status quo without breaking the bank.”

“From COVID-19 to school capacity and Amazon, the next few years will be among the most challenging in Arlington’s history,” the website says. “Susan brings the context and skills Arlington needs now, to act swiftly on top priorities for residents and businesses.”

Among the two other candidates in the race, Karantonis is an economist by training and the former director of the Columbia Pike Revitalization Organization. His website says he is “committed to ensuring that our community builds on our legacy of safe and walkable neighborhoods; ethnic and cultural diversity; excellent schools, public places and facilities; fiscal responsibility and accountable governance; and an unwavering commitment to community involvement.”

Cambridge’s website acknowledges the long odds of a Republican being elected in deep blue Arlington, and adds a bit of self-deprecating humor.

“While success is unlikely – there have been no Republican members of the Arlington County Board since 1983 – it is an opportunity to share some ideas and that is to my mind well worth doing,” the website says. A banner at the top reads: “Committee to Elect Bob Cambridge: So far that’s just me, but I am working on convincing my wife.”

Cambridge, an Army veteran who now works as an attorney, says he wants “to see more effective and efficient use of the taxes that I pay each year” and “more ideas can advance that agenda.”

The deadline to register to vote, in time for the July 7 special election, is today (May 26). Early voting is currently underway and absentee ballots can be requested through June 16.

1st Batch of ballots for the July 7 Special Election for County Board are in the mail!
It's not too late to request your mail ballot today. https://t.co/9mSGavgE2F #VaIsForVoters #ElectionReady #VoteByMail #StaySafe #VoteAtHome pic.twitter.com/gZnyFrHQ1F 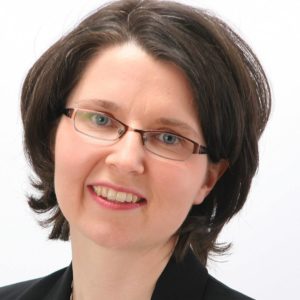 There will likely be at least one independent candidate in the upcoming Arlington County Board special election.

While Arlington Democrats work to select a nominee internally, Susan Cunningham — a civically-involved mother of two — has announced her intention to run as an independent to fill the seat of the late Erik Gutshall.

“I believe good local government is non-partisan,” she said in her announcement Tuesday morning. “We are all Arlingtonians; I want to work for Arlington’s common good, regardless of party.”

Cunningham outlined a wonky policy agenda, anchored by “data-driven solutions that are financially sound and make Arlington a great place to live and to do business.” Among her priorities are:

The filing deadline for candidates to run in the July 7 special election is this Friday at 5 p.m. Arlington County General Registrar Gretchen Reinemeyer tells ARLnow that she has “received some inquiries” from independent candidates, but so far only Cunningham has filed partial paperwork.

One candidate not likely to run: former independent County Board member John Vihstadt.

“While many of you have encouraged me to run in the July 7 special election for the remainder of Erik’s term, I’m enjoying being back into law practice full-time,” he told supporters in an email on Monday. “I’m inclined not to run and am channeling my commitment to Arlington in myriad other ways. But these are precarious times, and I hope someone will still step forward to run who (a) shows a blend of civic leadership and fresh ideas, (b) has a sober, well-informed and independent outlook on what local government can and can’t afford and (c) will question authority and speak truth to power.”

Arlington’s elections office, meanwhile, is expected to announce today that it will not be running a party nomination event ahead of the November County Board general election. The expected announcement comes after Libby Garvey’s would-be challenger, Chanda Choun, withdrew from the primary in order to seek the Democratic nod in the special election. Polls will still be open June 23 for a Republican U.S. Senate primary.

With elections in June and July, and a presidential election in November — all amid the coronavirus pandemic and some legally uncharted territory — Reinemeyer said Arlington election officials have been keeping “very busy” in 2020.

The full announcement from Cunningham is below, after the jump.