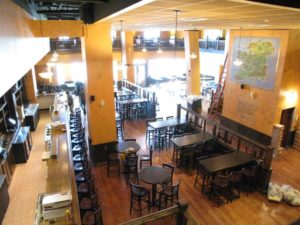 Update on 4/16/10 — P. Brennan’s is still awaiting its ABC license. The opening is being pushed back until next week.

Simply put, P. Brennan’s is massive. The soon-to-open Irish pub occupies a total of 8,000 square feet on the ground level of the Halstead apartments at 2910 Columbia Pike, next to Lost Dog Cafe and across from Arlington Cinema ‘n’ Drafthouse.

With a legal capacity of 360 people, P. Brennan’s is quite possibly the largest bar on the Pike. That’s remarkably ambitious, especially for an area that’s still in the “revitalization” phase.

“There is a huge population here who’s not served by a pub,” says marketing manager Emma Whelan. “You talk to people around here and they’re just waiting for us to arrive.”

“We have high hopes for the area and where it’s going,” said general manager Mark Pantall.

P. Brennan’s, like Twisted Vines before it, hopes to fill a unoccupied local niche. Pike residents currently have to head to Pentagon City or Clarendon for an authentic pint of Guinness and a bite of Shepherd’s Pie.

The owners are Irishmen Brian Dolphin and Greg Whelan, who also own McGinty’s Public House in Potomac Yard and in Silver Spring, Md. They named their latest pub after their friend, bartender “Little Pat” Brennan, who lost his battle against a genetic disease in August 2008.

“Through our service and staff we are aiming to instill some of his professionalism and fun-loving personality into its atmosphere and philosophy,” Greg Whelan said.

P. Brennan’s will have 16 beers on draft. The menu features the usual Irish favorites, as well as a few unique surprises, like a fish and chips salad and a skate schnitzel.

Management is hoping to open later this week, possibly as early as Wednesday, pending one last bit of regulatory approval. 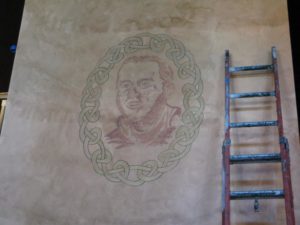 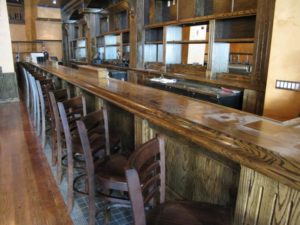 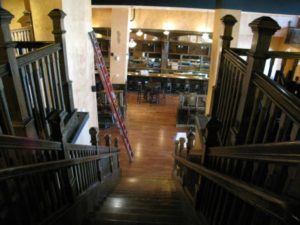 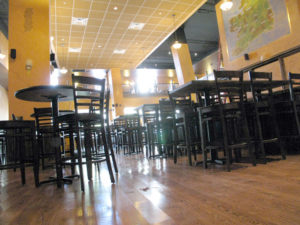 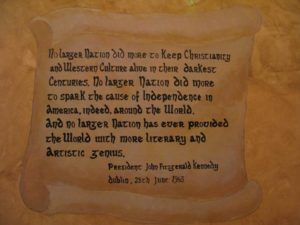 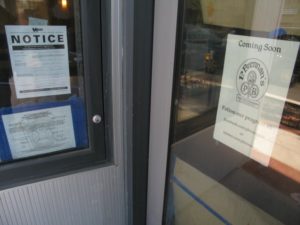