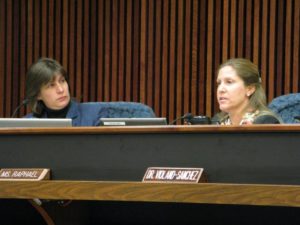 By a 5-0 vote, the Arlington school board passed a $442 million FY 2011 budget Thursday night which reduced spending but restored some items that had been on the chopping block.

Notably, funding for the David M. Brown Planetarium was partially restored. Originally set to be closed and converted into classroom space for Washington-Lee High School, the planetarium will now be staffed part-time.

The Friends of the Planetarium, a group that sprung up to protest the planetarium’s proposed closure and amassed more than 3,250 Facebook fans, will now begin the process of raising more than $300,000 for necessary upgrades to the 40-year-old facility. That process is expected to take 12-18 months.

“It’s a long road ahead, but we have an inspired group of people who aren’t about to quit,” group organizer Raphael Perrino said. “We kept the planetarium open… now it’s time to upgrade it and keep it open for many generations to come.” 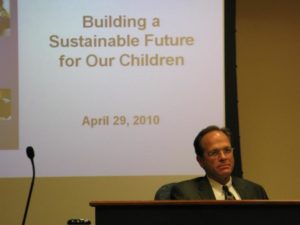 In another development, board members grilled school security officials over a proposed new security system.

An entry security system for visitors, which would require people to present an ID to get a visitor’s pass during class hours, was blasted by board member Dr. Emma Violand-Sanchez, who said it could scare immigrant parents away.

“This is not Arizona!” Dr. Violand-Sanchez exclaimed, referring to the state’s controversial new immigration laws. Other board members expressed concern about the system limiting parent access to schools.

Superintendent Dr. Pat Murphy defended the plan, which also calls for the installation of video cameras and a card access system by December 2010.

“I want to clarify that our schools will be welcoming places for all parents,” Dr. Murphy said.

Other notes from Thursday night’s board meeting: