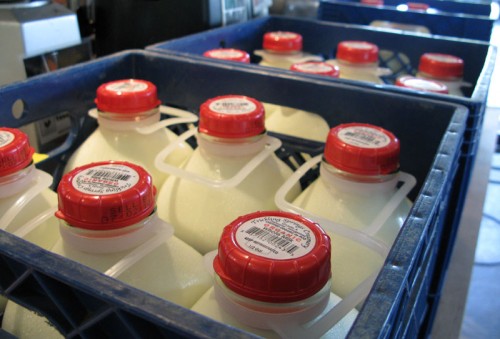 Fisette Delivers State of the County Address — After delivering the annual State of the County address before a group of business leaders in Crystal City, County Board Chairman Jay Fisette was peppered with pointed questions about some of the county’s costly projects and initiatives. Fisette defended Arlington’s lawsuit against proposed high-occupancy toll lanes, said the $160 million Columbia Pike streetcar plan will not be put to a referendum vote unless necessary to obtain financing, and called BRAC, the federal law that will result in thousands of defense jobs moving out of Arlington, “one of the worst decisions ever.” More from the Sun Gazette.

D.C. Bummed About Poor Ranking in List Topped By Arlington — Yesterday we told you that Parenting Magazine had bestowed the somewhat unscientific title of “Best City for Families” on Arlington. Now one commentator is wondering why the District was so low on the list. NBC Washington’s P.J. Orvetti rightly points out the absurdity of D.C. being ranked third from last in terms of recreation. Orvetti goes on to make the case for D.C. being ranked closer to Arlington, but fails to mention the elephant in the room: that the District’s low-performing schools and high crime rate preclude it from serious consideration on a list of family-friendly cities.

Moran To Hold Federal Jobs Fair Next Week — Rep. Jim Moran will be hosting a federal jobs fair at T.C. Williams High School in Alexandria on Monday, June 28. More than a dozen federal agencies are expected to be on-hand for the free event, which is being held from 10:00 a.m. to 2:00 p.m.