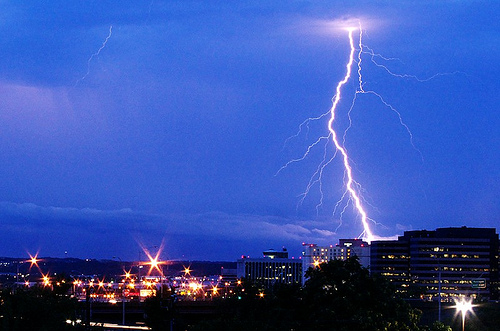 Board Approves $250,000 in Art Grants — The county board voted unanimously last night to provide a quarter million dollars worth of grants to 19 Arlington-based arts organizations and three individual artists. The grants range from $44,600 to $1,240. See a list of recipients here.

Fisette Pens Green Jobs Op-Ed in Richmond Paper — In a column for the Richmond Times-Dispatch, Arlington County Board Chairman Jay Fisette compares Thomas Jefferson’s far-sighted and, at the time, controversial Louisiana Purchase to proposed federal spending on clean energy. Fisette argues that investing in green jobs now will pay off in a big way down the road.

Metrobus Involved in Rush Hour Accident — A Metrobus was involved in a relatively minor multi-vehicle accident that tied up traffic on southbound Route 110 around 5:30 yesterday evening. The accident happened on the ramp from Memorial Drive to Route 110, near Arlington National Cemetery. Two people on the bus were reported to have minor injuries. The accident and the emergency response blocked lanes on the busy thoroughfare, causing delays for traffic coming from Rosslyn. It’s not clear what caused the accident. The Metrobus continued on its way shortly after police arrived.