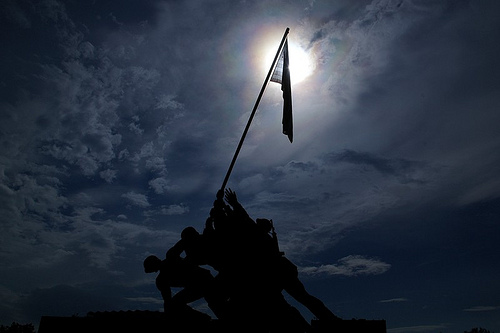 The Portofino Restaurants Celebrates 40th Anniversary — Portofino, the family-owned Italian restaurant on 23rd Street in Crystal City, is celebrating 40 years in Arlington this month. The restaurant opened its doors on August 17, 1970. Since then, three generations of the Micheli family have been cooking up authentic Italian dishes for thousands of patrons. Current and former employees and restaurant regulars will gather to celebrate the anniversary at an invitation-only bash later this month.

Arlington Library Director Rocks Out With Summer Tunes — Arlington Public Library Director Diane Kresh has compiled a list of her favorite summer songs. “School’s Out” by Alice Cooper, “Hot Fun in the Summer Time” by Sly and the Family Stone and “Stoned Soul Picnic” by Laura Nyro round out the top three. Also on the list: the David Lee Roth cover of “California Girls.” See all 20 selection on the Library Blog. Just don’t sing along if you happen to be listening in a library.

WaPo Reveals Secret  Tenant in Clarendon Office Building — Ever wonder why there always seems to be security standing outside the office tower at 3100 Clarendon Boulevard? The address, which houses Pacers Running Store and SoBe Bar & Bistro, is also home to the Defense Intelligence Agency, the Washington Post reports. But DIA will soon be moving from its Clarendon and Crystal City offices as a result of BRAC.