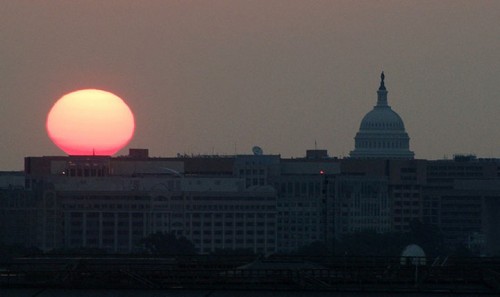 Bayou Bakery Opening Set — Cookbook author David Guas is hoping to open his Bayou Bakery coffee bar and eatery concept by November 1. The restaurant, which is taking over the old Camille’s space at 1515 North Courthouse Road, will feature Louisiana-style pastries, sweets, sausages, and other savory selections.

Rosslyn CVS To Renovate — The CVS at 1100 Wilson Boulevard will be getting a major facelift. The 26-year-old, nearly 10,000 square foot pharmacy will get a new layout, new window displays and new finishes throughout the store. No timeline was given for the construction. More from the Washington Business Journal.

Residents Vent About Helicopters — Wow. One Fairlington man who attended last night’s forum on helicopter regulations has filed more than 350 helicopter noise complaints since 2007. The forum, hosted by Arlington County Board Member Mary Hynes, featured a number of local military and air traffic control officials. The result of the forum: a pledge to hold more meetings. More from TBD.

GOP Votes to Oppose Bonds — The Arlington County Republican Committee voted last night to oppose three out of four bond referendums on the November ballot. The local GOP is saying no to bonds for Metro, parks, and community infrastructure, but yes to the $103 million school bond that will fund a new Wakefield High School. If history is any indication, however, all the bond measures are expected to easily pass. More from the Sun Gazette.